Tech Tools: Flexible screen wraps around front and back of device and points to future 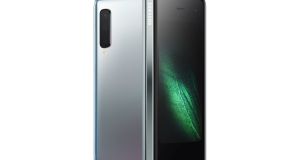 Samsung’s new Galaxy Fold changes from a phone to a tablet in a matter of seconds. Photograph: Reuters 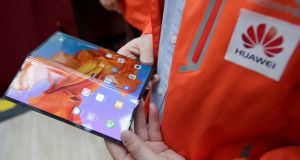 The new Huawei Mate X smartphone costs more than €2,000, which may be a little too rich for the average consumer’s blood. Photograph: Jason Lee/Reuters

The last couple of weeks have all been about folding phones. First there was Samsung with the Galaxy Fold, which changes from a phone to a tablet in a matter of seconds, and allows you to have up to three apps open at the same time.

Then, a matter of days later, the Huawei Mate X made its debut, with a flexible screen that wraps around the front and back of the device. So it seems the future is flexible – and expensive. Both phones are over the €2,000 mark, which may be a little too rich for the average consumer’s blood. But it looks like the future may be flexible.

1 Opioid executive admits to ‘no morals’ ahead of prison term
2 Are there annual limits on inheritances or gifts to a child?
3 South Dublin Credit Union members urged to borrow more to ensure survival
4 Who are Ireland’s 17 billionaires?
5 American YouTubers embrace the crisp sandwich
Real news has value SUBSCRIBE