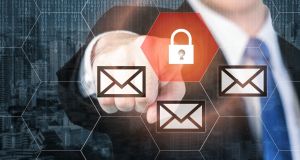 Companies can expect a spike in applications for personal data from May 25th next, when the EU General Data Protection Regulation comes into effect, says Greg Deane of Advanced Discovery.

A “sharp spike” in applications from people wanting access to their personal data should be expected from May 25th next, the director of a new e-discovery and data-risk management business setting up an office in Dublin has warned.

Advanced Discovery, a US multinational that specialises in data governance and using technology for significant litigation discovery projects, is opening both a Dublin-based office and a data centre, in part due to Brexit.

The US multinational has an office in London and its decision to move to the Dublin market and open a data centre here is in part a reflection of concerns about the effects of the UK leaving the European Union.

The Irish office is to be headed by Greg Deane, former head of e-discovery and data management at William Fry.

He said companies should expect a large spike in applications from people seeking their personal data from May 25th next, when the EU General Data Protection Regulation comes into effect.

A modest optional fee that used to apply for such requests, of €6.35, will no longer apply, and the amount of time companies have to respond to requests changes to 30 days from 40 days.

The regulations are designed to tilt the balance a bit back towards the citizen in terms of data, according to Mr Deane. The potential penalties involved can be as high as €20 million or 4 per cent of a company’s global turnover.

“The requests could be to Facebook or to The Irish Times,” he said. “They could be from disgruntled employees you’ve just let go.”

In one case he knows of more than 100 data requests were received by an employer in the context of an industrial dispute.

The cost to the employer of a data request depends on the volume of data involved, and the quality of the company’s information governance.

Advanced Discovery provides services to companies involved in litigation and significant document discovery. The largest case Mr Deane was involved with in terms of e-discovery had to do with the fallout from the Bernie Madoff fraud case. Up to 20 million documents had to be reviewed, leading to a few hundred thousand that were relevant to the litigation.

In Ireland, the use of e-discovery tools was sanctioned by the Commercial Court in 2015 in the case of IBRC against Sean Quinn. Discovery involved approximately 1.75 million documents being reviewed.

One case Advanced Discovery was involved with concerned suspected insider trading. It used technology to review approximately two million documents that had already been examined using older tools. The review led to the identification of 75 documents which were communications between two traders about arrangements for children’s birthday parties and how much they should spend on presents.

The technology spotted a correlation to particular trades and the insider trading deals were identified. “It works like a smoke alarm.” The detection allowed the company self-report before it was the subject of litigation or regulatory penalties, Mr Deane said.