‘It’s like stepping back in time’: Readers on the broadband shambles

Tanaiste Simon Coveney and Labour leader Brendan Howlin get involved in a heated Dáil exchange following the withdrawal of Eir from the procurement process to provide broadband in rural Ireland. 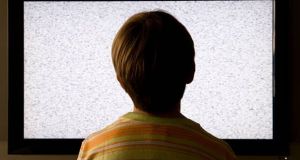 People living in Dublin and other major urban centres may not appreciate just how bad the position is in rural Ireland. Photograph: Getty Images

News that one of the two bidders for a State contract to connect homes in rural parts of the country to high quality broadband has withdrawn from the process has placed renewed focus on the plight of hundreds of thousands of people and businesses currently without an adequate service.

While the Government says the goal is still to provide “next generation broadband to every home and business in the State” through a combination of commercial and State investment, over the years the timelines have extended further into the future.

The National Broadband Plan, launched in 2010, initially promised “broadband everywhere” in Ireland by 2012.

Now, all going well in the talks with the only remaining bidder, the project to begin rural connections will start in 2019.

People living in Dublin and other major centres may not appreciate just how bad the position is in rural Ireland, where access to broadband ranges from patchy to non-existent.

Readers have been sharing their frustration and disappointment with the broadband in their area with The Irish Times and a selection of their responses is published below.

Máire Ní Dhonnchadha, Co Dublin: ‘Moving here has been like stepping back in time’

We moved to near Stepaside recently from Dundrum village and it’s been like stepping back in time. We have a broadband connection however the speed is variable, and the connection is intermittent, breaking frequently in the evening.

Our broadband provider is eir and we have no other possible provider. We cannot sign up to Netflix or any of the subscription internet TV services. I listen to music stored on my hard drive because I cannot stream. It is a very late 1990s / early noughties set up.

I can’t work from home because I don’t have a guaranteed uninterrupted service. In addition to the poor infrastructure, eir has terrible customer service and regularly say that our modem is faulty. (They supply it. We have had 4 modems in 5 years).

Olive Keyes, Kilkenny city: ‘I had a dreadful broadband service’

“I live 5 miles from Kilkenny city. I had a dreadful broadband service from eir a number of years ago and moved to digiweb whose service, while weather dependent, was reasonable at first.

I had carried out online distance education courses and it is impossible now to avail of this option.

More and more services require a broadband connection. It’s so frustrating when everything you do nowadays, from banking to ordering a school bus ticket can only be done online. I am currently away from home and so can make this reply to you. Thanks for raising this issue.

I live in a small village. I pay Sky tv €40 for a really bad service. When I call them up, all I get is the same excuse. Your line is old bla bla. Everyone in rural Ireland should not be paying the price of those in bigger cities as we do not receive the same service.

Over Christmas was awful . . . my internet kept going off and on. Amazing as soon as Christmas was over my internet was a little better, but still poor. I can’t believe in 2018 we still have this problem. My area has been planned for fibre broadband since 2013.

Kerry Lawless, Co Dublin: ‘I lose connection for hours at a time’

I am responding to you from my phone. This is because my broadband is playing up again. It keeps dropping and it does this three or four times a week. I can lose connection for hours at a time.

I complain to Eir and nothing changes. We had the same problem with the previous provider. I hear of problems in rural areas and think if they can’t get it right in Co Dublin how on earth are more remote areas going to cope?

Janet Mercer, Co Galway: ‘We rely on 4G via our mobile phone and a mobile dongle’

Living on the west coast we have no access to fibre broadband. When we moved here, it was on the cards for 2018 - now implementation is unlikely to even start for another two to three years at least.

We can’t access the satellite broadband available in other parts of the village and even on the islands, as our house isn’t in line of sight of the local transmitter. We rely on 4G via our mobile phone contracts and a mobile dongle, but this is limited in terms of the data we get and is pretty expensive.

It’s adequate for email, a bit of internet access but not for streaming. It didn’t seem too bad when we moved her, with the promise of fibre broadband within 2 years, but that hasn’t happened.

Stephen Woulfe, Dublin: ‘Internet connections in Ireland are good compared to other countries’

Mobile connectivity is also very poor, particularly if you travel outside of any of the urban areas. I also travel a lot to other countries in Europe and elsewhere for work, and bar a few exceptions, Ireland compares very well. In Ireland for example it is common for public transport to have free wifi. This includes rail, regional and local bus services.

This is also true in coffee shops and other locations in Ireland. This is in stark contrast to what you have in Frankfurt, and many other European cities. Please stop constantly putting Ireland down. We are far better and more advanced in many of these areas than our European counterparts!

“Our house is near Nenagh. Although we are on a main road outside a large town, we cannot get broadband. To make it worse, mobile reception is dreadful, so we can’t even use mobile data. We are effectively off-line. In modern Ireland, businesses and Government services assume that you can access the internet.

If you can’t, they assume you are a Luddite or old fogey who refuses to go online. Telephone access is difficult, and often means a long wait listening to the same music and messages telling us to use the internet.

Friends sometimes think we “ignored” their emails and other messages. Dublin based media have little understanding of the extent to which a person can be isolated by lack of broadband service.

Nigel de Haas, west Cork: ‘the government is seeking to charge a universal broadcasting charge when many services are inaccessible’

“Affordable broadband at even relatively slow speeds is not available in rural west Cork. And the government has the effrontery to suggest a universal broadcasting charge when even RTÉ Player cannot be watched without so many pauses to catch up with itself that it is unintelligible.”

“I live in Killala, Co Mayo. In 2006 along with a couple of neighbours I set about creating a local broadband company. We raised money through a government scheme. We offered eircom £110,000 to enable the exchange in the town of Killala. They offered to do it for £150k - this appeared to be code for them not being interested.

We were offered a connection back to Dublin for outlandish money with an annual rental per METRE from Dublin. In the end we managed to get a radio signal from outside Sligo to get us off the ground but it meant we were hogtied. The paltry 2Mb meant that we had to limit the numbers on the network, and once we could not add subscribers to the network we could not earn the money needed to afford more bandwidth.

Privatising eircom was a disaster. The grid should be nationalised immediately and future-proofed services provided to areas where the private providers won’t go.

Con English, Co Tipperary: ‘There is no good ISP for people in rural areas’

I have had bad internet performance since the advent of the internet. There is no good ISP in Ireland for people in rural areas. We live only 3km from a village that got fibre internet well over a year ago and yet we can only get 512kb/s at the best of times.

Sheila Merne, Co Dublin: ‘I regularly have to abandon checking my email or accessing the Internet’

My broadband supplier is eir. I have been a broadband customer with them since 1998. My current package is ‘Broadband Advanced Unlimited’ for which I pay €49.58 plus VAT @ 23% per 2-month bill. Initially the speed and reliability was consistent... however, over the past year the speed has dropped and access to the Internet is not always reliable.

I regularly need to abandon checking my email or accessing the Internet until Wi-Fi is restored. I complained about this in the local eir shop to complain but it’s clear the staff are only interested in selling packages to new customers or upgrades to existing customers.

There is no point calling the eir helpline. It has been suggested to me by an agent for another broadband company, that the reason for slow and intermittent internet access may be because there are now too many users on the loop... in other words, it is overloaded.