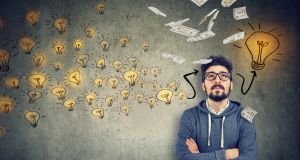 The Republic has been ranked mid-table in a list of “start-up friendly” nations.

The State comes in at 13th place out of 24 countries in the ranking, which has been compiled by Index Ventures, a London and San Francisco-headquartered venture capital firm that has backed Irish companies Intercom and Evervault, as well as the likes of Revolut, Facebook, Deliveroo and Dropbox.

Latvia is ranked as the most start-up friendly nation followed closely by fellow Baltic states Estonia and Lithuania. This is due to recent stock option policy reforms that make it easier for early-stage companies to attract and retain the talent needed to scale.

While the Republic has made some moves towards offering better incentives – for example, announcing a new €30 million fund to support early-stage businesses in Budget 2021, and initiating a review of the employment investment incentive scheme (EIIS) – such actions pale into insignificance compared to what is on offer elsewhere.

The practice of allowing employees to acquire a slice of the company they’re working for through stock options has long been used successfully in Silicon Valley to help start-ups compete for talent. This is especially important for emerging businesses, which usually can’t compete with larger companies on salaries.

The new ranking indicates that five European countries now have more favourable stock options rules than the US. However, in much of Europe, including in Belgium, Spain, Austria, Finland, the Czech Republic, Norway, Switzerland and the Netherlands, unfavourable rules continue to present a barrier for many entrepreneurs seeking to attract world-class talent, according to the VC firm’s index.

Ireland is ranked in the “runners-up” category along with Poland, Italy and Sweden. The report authors says while all these countries have implemented incentives, the main problem with such schemes is their scope.

The study mainly focused on European countries although it also includes the US, Canada, Israel and Australia.

With VC-backed investment in European early-stage companies reaching a record $41 billion in 2020, countries across the continent and the European Commission are reviewing rules that hinder start-ups’ ability to access top talent.

Index Ventures has spearheaded the Not Optional campaign of more than 500 founders and chief executives, including Stripe’s Patrick Collison and Revolut founder Nikolay Storonsky, to urge for pan-European reforms on share schemes.

Closer to home, Intercom co-founder and chairman Eoghan McCabe recently called on the State to be as aggressive in incentivising entrepreneurs to move to the Republic and establish businesses as it has been in luring multinationals to set up operations here over recent decades.

“It’s great to see policymakers in the Baltic countries with such a forward-thinking approach, recognising the value of the start-up economy and the role that entrepreneurs can play in creating jobs and economic growth,” said Index Ventures partner Martin Mignot.