Net Results: Firm has been an ethics leader in big tech, but has some soul-searching to do 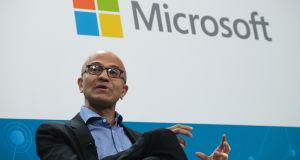 It begins sharply: “We are a global coalition of Microsoft workers, and we refuse to create technology for warfare and oppression.”

In the two-page letter, they express alarm that the technology firm has signed a $479 million (€421 million) contract with the US army to supply HoloLens augmented reality headsets for combat environments, which they say crosses a line between supplying technology generally to the military and supplying technology for a contract stipulating the goal of improved “lethality” on the battlefield.

“We are alarmed that Microsoft is working to provide weapons technology to the US military, helping one country’s government ‘increase lethality’ using tools we built. We did not sign up to develop weapons, and we demand a say in how our work is used,” the letter states.

It’s the second time in a year that employees have placed Microsoft in the ethical hot seat. Last June employees complained about Microsoft’s contracts with the US immigration and customs enforcement agency (ICE). At the time, ICE was drawing criticism for its policy of separating families at the US-Mexico border.

In both of these cases Microsoft has defended its business involvement with these organisations, though in distinctly different ways.

Where other big companies issue statements, Microsoft has actually sued the US government on critical privacy issues

In response to the letter about the ICE contracts, the company issued a corporate response – albeit strongly worded – in a blog post, stating: “[W]e want to be clear: Microsoft is not working with US Immigration and Customs Enforcement or US Customs and Border Protection on any projects related to separating children from their families at the border.”

The post added that the company was “dismayed by the forcible separation of children from their families” and urged the administration to change its policy.

Shortly after, on Father’s Day, Smith issued a blog post reiterating opposition to the border separations, without mentioning the Microsoft/ICE controversy.

The statement and post helped to dampen opposition, and no more seems to have come of that particular in-house protest. But the current dispute may prove more challenging for a company that has in recent years – and to its credit – taken an ethical leadership role on a number of thorny issues.

And I do mean active leadership. Many companies take social responsibility seriously (Salesforce, with specific policies allowing employee volunteerism and activism, has been a notable leader in this area). But, as I’ve written before, I’ve been impressed with Microsoft’s commitment to activism with the long-term, impactful societal consequences that come from initiating astutely chosen legal actions.

For example, although other big companies issue statements, it has actually sued the US government on critical privacy issues.

With Princeton University it jointly sued the Trump administration in 2017 over its intention to shut down the federal programme to allow so-called Dreamers – the children of undocumented immigrants – to study and work in the US.

Lacking the potential punch of union power and support, such employee-driven actions only really gain traction if they either win extended media scrutiny or, for various reasons, raise sympathies or concerns at management or board level (all of which probably helped push Google to change its class-action employee waiver requirement last week and to cancel a military drone contract last year).

But Microsoft faces a greater challenge with its army contract, precisely because in its past actions, with Smith as a moral driving force, it has raised its own – and the tech sector’s – ethics bar.

Both Nadella and Smith have defended the contracts, Smith in a blog post last year that also noted that employees could ask to be transferred off any projects they were uncomfortable with, and Nadella on Monday, when he told CNN: “We made a principled decision that we’re not going to withhold technology from institutions that we have elected in democracies to protect the freedoms we enjoy.”

Meanwhile, employees have made clear in the letter that just redeploying people to another project isn’t sufficient, not least because employees weren’t told of such potential military uses when they worked on developing HoloLens in the first place.

Microsoft is a global company with global contracts. How does it now draw a line on which customers gets access to which technologies? Who works on them? Is “increased lethality” okay in some places? Who qualifies as a legitimate recipient of potentially lethal technologies?

Many will feel Microsoft’s response on this issue so far fails to match the important ethical stances the company has taken in other areas with a far less deadly focus.

1 Air travel never going ‘back to way it was’
2 Should I switch bank now with Ulster Bank at risk of closing?
3 Will brother’s widow get half of our parents’ estate when they die?
4 Household wealth jumps by 74% since last recession – report
5 Tourism and aviation players demand von der Leyen end EU travel chaos
Real news has value SUBSCRIBE