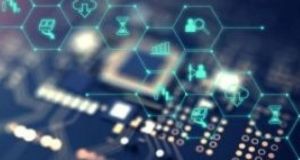 Growth in blockchain spending over the next five years is expected to be driven by IT services, with the highest share devoted to project services and consulting.

Worldwide spending on blockchain solutions is forecast to reach $11.7 billion (€10 billion) by 2022, with Europe set to increase its spend from about $400 million to $3.5 billion within the next five years.

This is according to a new forecast from research firm IDC which estimates that blockchain spending will grow at a five-year compound annual growth rate (CAGR) of 73.2 per cent.

Worldwide blockchain spending is expected to reach $1.5 billion this year, double the amount spent in 2017.

The US will see the largest blockchain investments and deliver more than 36 per cent of worldwide spending throughout the forecast. Western Europe will be the next largest region for blockchain spending, followed by China and Asia/Pacific (excluding Japan and China).

“Enthusiasm for blockchain continues to be universally shared across regions as businesses and organisations alike continue to explore the technology’s potential business application,” said Stacey Soohoo, a research manager with IDC.

The largest and fastest-growing industry for blockchain in Europe is the financial sector with projected spending of $173 million this year. This is equivalent to 42 per cent of the total spend. Other fast-growing markets are supply-chain-related segments such as manufacturing and retail, at 82.7 per cent and 82.5 per cent CAGR respectively.

IDC projects the top use cases for blockchain in Europe by 2022 will be trade finance and post-trade/transaction settlements, identity management, regulatory compliance, cross-border payments and settlements, and asset/goods management.

Growth in spending over the next five years will be driven by IT services, with the highest share devoted to project services and consulting,” IDC said.