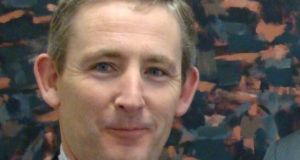 As part of the settlement, details of which have not been disclosed, Amdocs has agreed to license a number of patents to Openet.

Amdocs originally initiated court action in the US in 2010 alleging Openet had infringed its patents, a claim vigorously defended by the Dublin-based company. The court case led to the company having to jettison an early plan to go float on the Nasdaq.

Openet was founded by Niall Norton and Joe Hogan in 1999. It now employs 1,000 people worldwide, including 300 at its Dublin headquarters.

The company has developed real-time software solutions and services that enable service providers to create new revenues and improve customer engagement. Its products process more than 20 billion events and transactions every day across more than 330 million subscribers for more than 75 clients worldwide including T-Mobile, BT, Sprint, Eir and Vodafone.

The company, which is Ireland’s largest privately owned software firm, has raised more than $50 million (€53 million) since it was established. One of its earliest backers, Balderton Capital, last year sold off a 10 per cent stake in the group to Cipio Partners. Other backers include Softbank Capital, Cross Atlantic and Enterprise Ireland

The company said it could not comment on the case settlement.

1 In six months we will be in the grip of a 1980s-style recession
2 Angela Merkel sweeps in to save the euro zone
3 Property price drop of up to 12% this year a ‘reasonable’ assumption – McDonagh
4 Donohoe warns of cost of pandemic as budget deficit swells to €6.1 billion in May
5 Avoca wins battle with Monkstown locals over cafe operation
Real news has value SUBSCRIBE