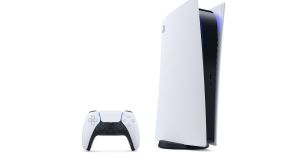 The Playstation 5 will hit the market in November

Sony’s Playstation 5 console will go on sale in Europe on November 19th, a week after it launches in the US.

The company unveiled pricing for its next generation games console, which will come in two versions.

The digital-only console, which requires users to download all the games, will cost €399, while the version with an Ultra HD Blu Ray drive for physical games discs will cost €499.

The PS5 will launch in seven markets on November 12th, including the US, Canada, Mexico, Australia, New Zealand, Japan and South Korea. the rest of the world follows on November 19th. Pre-orders are starting with some retailers from Thursday.

“Since we first announced our next generation console last year, we have received astounding support from developers and gaming fans all around the world, and it’s truly humbling,” said Jim Ryan, president and CEO of Sony Interactive Entertainment. “Now we are just a couple of months away from launching PS5, which will offer a new generation of experiences that go beyond players’ expectations of how games can look, feel, sound, and play. We can’t wait for our fans to experience for themselves the incredible speed, the heightened immersion and the breathtaking games on PS5 when we launch this November.”

The games company is shaping up for a battle with Microsoft in the run-up to Christmas as the two console makers release their next generation consoles.

Both are offering two versions of the consoles in a bid to capture the market. The Xbox Series S will be a less powerful console than the Series X, however, sacrificing 4K resolution, RAM and some processing power.

The PS5 Digital Edition “offers a substantial discount at no cost in terms of performance or hardware, besides the disc reader,” said Guilherme Fernandes, analyst at gaming analysis firm Newzoo. Hardware pricing decisions have won and lost generational console battles as makers look to build the critical mass of consumers that will attract games developers to their platform.

Sony also showed off an updated game portfolio for the upcoming , adding Final Fantasy XVI, Fortnite, Hogwarts Legacy and a new God of War title to previously announced titles such as Marvel’s Spider-Man: Miles Morales from Insomniac Games. That title will also be available on the PlayStation 4, Sony said.

Gaming revenues have risen in recent months as consumers stay home due to the Covid-19 pandemic. – Additional reporting: Reuters

1 How much state pension will I get next year?
2 Oxford Covid vaccine trials offer hope for elderly
3 Ulster Bank to introduce new card payment controls on app
4 Hurrah for the companies giving staff more time off
5 How long can Government afford to keep State pension age at 66?
Real news has value SUBSCRIBE