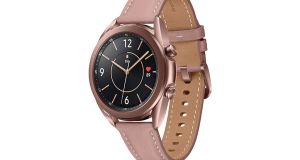 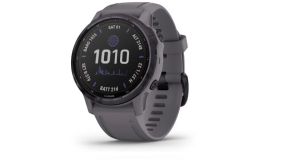 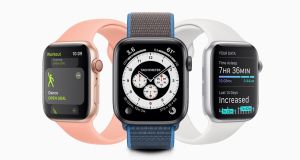 Do you remember when smartwatches and activity trackers were considered niche?

The wearable technology that has launched a thousand thinkpieces on why the sector is dead or on its last legs is proving remarkably tenacious.

There have been casualties along the way – Pebble being one of the most high-profile – but, for the most part, smartwatches are clinging on, even if they are not quite as successful as their early backers had hoped.

But the pandemic, while bad for a lot of businesses, may have given the wearables industry a shot in the arm. Many of the current crop of smartwatches include features that have been useful for sports enthusiasts, but have a new focus in the current Covid-19 pandemic. For example, few people would have thought that being able to monitor their blood oxygen level was a feature they would come to rely on.

Others have started building in skin temperature monitors, such as the Fitbit Sense, which may give people an early warning that all is not well with their health.

“Around the world, many organisations have also started to use wearables to help the fight against Covid-19,” said Jitesh Ubrani, research manager for IDC Mobile Device Trackers. “Not only are wearables being used to track symptoms, but also to warn wearers when social distance isn’t being maintained.”

But that hasn’t necessarily meant that smartwatches are a booming market. In fact, data from research company IDC shows that in the US, self-reported spend on smartwatches and fitness trackers was down by a third in the second quarter of the year.

“The data make it clear just how discretionary a purchase smartwatches and fitness trackers are,” said David Myhrer, research vice-president for IDC’s Consumer Technology Strategy Service. “Demand among those with low incomes has dried up almost completely. Meanwhile, consumers at the top of the market remain bullish.”

But there has been a bump from Covid as lockdowns meant access to gyms and other fitness facilities was limited.

“Health continues to be at the forefront of use cases for wearables, but with gyms closing and outdoor activities limited, users have opted for online or in-app fitness sessions, and this has ultimately helped vendors to ramp up the services side of their wearables businesses,” said Ubrani.

If you are in the market for a smartwatch, what are your options?

The first thing that will influence your choice of smartwatch is what mobile phone operating system you have. Smartwatches do not work as a standalone device; they have an app with which they communicate all your data to crunch the numbers, spot trends and make suggestions to you to help you improve your health.

Most smartwatches are designed to work with both iOS and Android, although they may save a few special features for their own brand of smartphones.

The exception here is the Apple Watch, which is designed to work only with Apple iPhones.

Google’s smartwatch platform WearOS (formerly Android Wear) was intended to be the Android equivalent of Apple’s Watch OS, a platform that would unite wearables with a common operating system. But that hasn’t quite worked out.

Samsung, for example, uses its own operating system, Tizen, for its smartwatches, including the new Samsung Galaxy Watch 3. Huawei can’t use the Android platform for its future wearables thanks to the ongoing spat with the US, but, like Samsung, Huawei has already begun using its own software on its wearables. The last WearOS device it offered was the Huawei Watch 2.

The problem here is app support. The beauty of having a single platform is that it is attractive for developers to create apps for the platform, because they can reach a large number of users. When things get fragmented, suddenly developers are faced with creating different versions of their apps to work with a number of different systems.

With Huawei, for example, there is no way to add apps to your smartwatch; the company hasn’t built in that function. For Samsung, it means the app selection still could use some work.

WearOS is being used by brands such as Fossil, Misfit and TicWatch. None of these make it onto the top list of smartwatch makers, but they have a foothold in the market – and that gives WearOS a stake in the market.

Could a change come if Google’s proposed purchase of Fitbit goes ahead? The multibillion-dollar deal has yet to be passed by regulators, with EU authorities particularly scrutinising the deal amid concerns it would hand control of a lot of data over to Google – and sensitive data at that.

But if it does happen, then WearOS could benefit from the transaction. Fitbit has a significant amount of expertise in this field, both in terms of hardware and software, and it also picked up some of the now-defunct Pebble’s intellectual property, when the company found itself out of money.

All the smartwatches featured here offer the same basic functions: fitness tracking, and a connection to your phone for notifications directly to your wrist.

It’s been a while since Samsung updated its surprisingly stylish and usable Galaxy Watch. But here we are, with the Watch 3, and the good news is that it has a lot going for it. The Watch 3 looks reasonably close to a regular watch, but it has extra smarts under the hood. Using Samsung’s own Tizen software, it offers everything from activity tracking to health metrics. And it does it all in a stylish package that doesn’t immediately out itself as an exercise device.

The rotating bezel is one of the best ways I’ve come across to interact with smartwatches. You can use the touch screen to swipe between screens, but that bezel is so smooth, you don’t really need to.

One area where it suffers is with apps. It won’t rival the Apple Watch for third-party apps, but it has all the ones you’ll use regularly.

Best for serious sports and fitness:

When it comes to sports smart watches, Garmin knows what it is doing. The company has a range of sports watches that will track things you’ve never even considered when doing exercise, unless you are a serious athlete.

Heart rate, blood oxygen saturation levels, respiration rate, stress tracking, your body’s “battery” and sleep monitoring are all available with Garmin’s Fenix 6S Pro. It will also look at your training to see how effective it is, split your activity into aerobic and anaerobic, and analyse your performance condition. It’s like having a battery of sports experts at your disposal – and on your wrist.

The Fenix 6S Pro Solar takes all the good things you saw in the Fenix 6S Pro and adds in one important feature: a solar panel that will charge the battery while you are out and about. It does this through the use of solar glass, so you don’t have a chunky – or worse, useless – extra panel added to your watch. It just blends into the watchface as if it wasn’t there.

Don’t expect the watch to charge solely from solar, though; it will certainly eke out the battery a bit longer but it won’t go forever. For that, you’ll need the Garmin Instinct Solar, which can run indefinitely on sun alone – perhaps even in the Irish climate.

Fitbit’s latest version of its smartwatch has built-in GPS, contactless payments and enough fitness tracking to keep you occupied through a couple of lockdowns. It’s also cheaper than the company’s other new wearable, the Fitbit Sense, which costs €100 more.

The biggest change from the Versa 2 is GPS. Before, you still needed to carry a phone if you wanted to track your runs through GPS. Now, you can ditch the phone, load up your music and go for a run without interruption.

It also has Fitbit’s new fitness measurement, active zone minutes, which will help you get to your target heart rate zones during your exercise sessions. Fitbit has also included sleep tracking so you can monitor how well you are sleeping. It also has almost a week of battery life, and voice assistance from Google and Alexa built in.

Apple took its time to get into the smartwatch game, and while it may have taken some time to convince people they could have a serious impact on the market, it certainly made up for what could be considered a late start. In the first quarter of the year, Apple led the smartwatch market in terms of market share, with Samsung in second place. According to Statista, Apple had almost half the market at 47.9 per cent; that was followed by Samsung at 13.4 per cent.

It’s not hard to see why. Although plenty of smartwatches work with Apple devices, the Apple Watch is the only one designed to work exclusively with iOS. In the five years since the Apple Watch appeared on the market, Apple has added new features, including water resistance that allowed the Series 2 to be used for swimming; built-in GPS from the Series 2 onwards; and cellular connections from Series 3 on. Series 4 saw the introduction of the ECG capability, which is equivalent to a single-line ECG, while Series 5 saw the compass facility and the always-on display introduced.

The watches aren’t cheap, but there has been little improvement in battery life over the years, which is where the Apple Watch falls behind a little.

Best for blending in

Withings has been doing activity trackers that look like regular watches for a few years now, but the newer versions have begun adding in extra features. The Move ECG offered the standard watch face, activity dial and six-month or more battery life, but also added in the ability to do an ECG occasionally.

The latest version, the Scan Watch, still has impressive battery life, but this time it comes with a rechargeable battery. That’s because the new Withings watch also has a small display on the watch face that will show your steps for the day, your ECG readings and your blood oxygen level, a metric that is of particular interest in these Covid times.

A full charge will get you a battery life of a couple of weeks, and the watch itself doesn’t scream “fitness tracker” as it looks like a standard watch, complete with analogue watch face.

You can also connect the Scan Watch to your smartphone and get all your notifications to your arm – but in a less in-your-face way than standard smartwatches. That preview screen is really small, so you won’t be tempted to stare too long at it. A quick glance to check if it is something that needs to be dealt with straight away and you are good to go.