Social media use linked to anxiety and depression 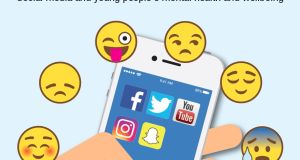 Status of Mind, a recent report from the UK’s Royal Society for Public Health, has found that social media use among 19- to 24-year-olds is linked with increased rates of anxiety, depression and poor sleep. The research suggests that young people experience a “compare and despair” response when they constantly see friends’ social media posts showing parties, nights out and holidays in addition to worrying about what friends think of their own posts.

With 91 per cent of young people using social media on a regular basis, the report highlights the addictive nature of such technologies, describing it as more addictive than cigarettes and alcohol. There are, however, some positive aspects to such use: users report being more emotionally supported by their online contacts.

The Royal Society for Public Health has concluded that platforms such as Facebook, Instagram, and Twitter would be safer spaces for teens if social media companies implemented policies such as highlighting when an image has been digitally altered and providing pop-ups to warn of excessive social media use.

1 Why are markets booming when a crash is on the way?
2 Your old car could be telling others all your personal data
3 Permission sought for €150m film and media campus in Wicklow
4 Government committed to finalising roadmap for safe overseas travel ‘shortly’
5 Drink tax row; no respite for Bewley’s; and mortgage U-turn at AIB
Real news has value SUBSCRIBE