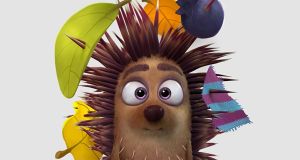 Oculus will no longer be making its own virtual reality films following parent company Facebook’s decision to close its internal VR film studio, Story Studio. Launched only two years ago, Story Studio has produced three VR shorts including Henry, an animated movie starring a hedgehog voiced by Elijah Wood, which won an Emmy in 2016 for Outstanding Original Interactive Program.

“We’re now entering the next chapter of VR development, where new creators enter the market in anticipation of adoption and growth, and we’ve been looking at the best way to allocate our resources to create an impact on the ecosystem,” said Jason Rubin, vice president of content at Oculus.

“After careful consideration, we’ve decided to shift our focus away from internal content creation to support more external production.”

In 2016 Oculus invested $250 million in VR content, mostly focusing on games but with $50 million set aside exclusively for what they describe as “non-gaming, experiential VR content”.