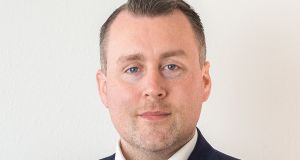 Shaw Academy founder and chief executive James Egan: “We had just 13 people in Dublin after exiting examinership and are now at about 60 and will be over 80 by year-end with more jobs expected in 2021.”

The company, which exited examinership last year, hit the headlines in June after the popular consumer review website Trustpilot announced an investigation amid complaints from unhappy customers who claimed they were wrongly charged for courses.

Speaking to The Irish Times, Shaw Academy founder and chief executive James Egan attributed the problems to a huge surge in customer service queries over the Covid-19 crisis. He said this was due to a 164 per cent increase in usage of the platform.

Mr Egan said customer queries rose from approximately 5,000 per day to over 23,000 during the lockdown period with the majority of queries regarding either cancellations before automatic subscription renewals, or inadvertent purchases made through its “one-click” payment system, which the company has since removed.

He said the company had failed to respond adequately at the time but had moved fast to rectify the situation, taking on a new head of customer support in Dublin and increasing the number of people dealing with queries from just eight to 80 over an eight-week period.

Headcount has also increased due to the recent rollout of courses in other European languages.

“We had 110 people working for Shaw Academy in February and are now at 340 people with additional staff taken on recently in Dublin and elsewhere as we started to launch courses in French, German, Italian, Spanish and Portuguese,” said Mr Egan.

“We had just 13 people in Dublin after exiting examinership and are now at about 60 and will be over 80 by year-end with more jobs expected in 2021,” he added.

Established in 2012, Shaw Academy offers over 100 online courses currently. The company claims to have taught more than 12 million students worldwide.

“We’ve been humbled by the rise in popularity of the learning opportunities we provide, but we are genuinely sorry that a small proportion of users didn’t have the experience which we strive to deliver,” said Mr Egan.

“We haven’t see this affect the growth and commercial health of the business, but we do have to make sure we communicate well with those affected customers – and third-parties such as review sites, which we’re actively engaged with now – so that they are aware we’ve been listening, can see the positive changes made, and are confident we’re continuing to always put students first in our mission to open up access to education,” he added.

Trustpilot is still displaying an alert on its website about Shaw Academy, warning the public that the company had only invited customers who were happy with its services to leave comments about it, and saying that the business misused the review site’s branding.

A spokesman for Trustpilot confirmed it was in discussions with Shaw Academy but added the warning would remain on its site “until such time we are confident that such misuse has ceased”.

This is not the first time Shaw Academy has hit the headlines for the wrong reasons. Prior to entering examinership, Corrodible, one of the UK’s largest crowdfunding platform, pulled a campaign by the company saying Shaw had not adhered to its investment programme despite numerous requests.

Mr Egan said the surge in demand for its services continues with the company currently attracting “in the region of 1.5 million new students a month”.

“We have what we believe to be a superior offering to other providers. It is world-class content. It is convenient, it’s flexible and it fits in well in with people’s lifestyles.”