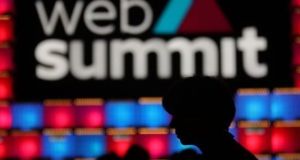 Web Summit, the tech conference that started life in Dublin before relocating to Portugal, has named its first 50 speakers for this year’s event with Zoom founder Eric Yuan among those appearing.

Web Summit is targeting 100,000 attendees for its annual conference, which takes place in early December.

Doubts had been cast over whether a physical event would be held this year due to the Covid-19 crisis, particularly after its organisers opted to hold its North American sister conference Collision remotely. Web Summit chief executive Paddy Cosgrave said in June however that the company is looking to have a hybrid event with some in-person events still taking place. This will be dependent on what health protocols are in place in Portugal at the time.

The conference is usually held in the first week of November, but is now due to run a month later this year with the format of the Lisbon event not expected to be decided until early October.

The Web Summit conference was founded by Mr Cosgrave, Daire Hickey and David Kelly in Ireland in 2009, with fewer than 400 attendees at the inaugural gathering. Last year’s event attracted 70,469 attendees in person.

Web Summit will largely be run via the company’s proprietary conference platform, which got its first outing in late June when the Collision from Home event drew 32,122 attendees from more than 140 countries.

More speakers are expected to be added to the Web Summit line-up in the coming months.