Tech Tools: Console to be released in September has 400 built in games, including Sonic the Hedgehog 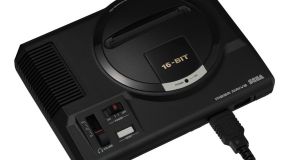 Is there room in your life for another mini retro console? Sega is hoping so, with its new console joining the line up. That makes the NES, the SNES, the Commodore 64, the Playstation Classic and now the Sega Megadrive Mini available for your trip down memory lane. It connects over HDMI, and has 40 built-in games, including Sonic the Hedgehog and Castlevania: Bloodlines. The control pads are the classic design three button controls, and Sega has included two in the box, so you are ready to go with two player gaming as soon as you open the box. The Megadrive Mini is due for release in September, but you can preorder it now.