Rural broadband to be delivered despite Eir’s withdrawal - Minister 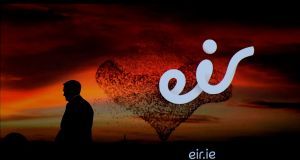 Eir, which had been favourite to win the National Broadband Plan State contract, said on Wednesday it was withdrawing from the tender because the risks had become “too great for its continued participation”.

The Government’s long-awaited rural broadband scheme will be delivered on time and at no extra cost to the taxpayer despite the surprise withdrawal of Eir, the State’s largest telecoms group, from the procurement process, the Minister for Communications Denis Naughten has promised.

Eir, which had been favourite to win the State contract, said it was withdrawing from the tender because the risks had become “too great for its continued participation”, citing “growing uncertainty” about regulatory and pricing issues.

The move came just months ahead of the scheduled start of the State-subsidised scheme, which aims to bring high-speed broadband to 542,000 homes and businesses in rural Ireland, which are currently not served by broadband providers.

Eir’s exit leaves just one bidder – the consortium led by energy group SSE and telecoms firm Enet – in the procurement process, raising serious questions about the competitiveness of the tender and the ability of the Government to achieve the best price for the taxpayer.

Mr Naughten denied Eir’s departure represented a failure on the Government’s part and stressed the delivery of broadband would be significantly quicker as a result of Eir’s decision.

“This means we will get shovels in the ground quicker than we would have,” he said.

Responding to the news at a press conference at Government Buildings with the Estonian Prime Minister Juri Ratas, Taoiseach Leo Varadkar said the Government was “not really sure” what the implications of the development were yet.

“It does leave one bidder still in the field,” Mr Varadkar said, “so we need to have discussions with them.”

Have your say: How does poor broadband affect you?

The Taoiseach said the rollout of rural broadband was as important to the country as rural electrification had been in the 1940s.

The State-subsidised scheme, first announced back in 2011, has been beset with problems and delays due to the complexity of the procurement process and difficulties pinning down the exact number of premises to be covered.

Work was to have started at the beginning of this year but has now been put back to early 2019.

“Tonight there’s hundreds of thousands of families, farmers and businesses wondering if they will ever get the broadband they need,” he said.

“The Government should collectively hang their heads in shame over the shambles that the National Broadband Plan has become. Promised in 2011 for delivery in 2016, delayed until 2023, and now in doubt. The NBP is one of the greatest government failures in living memory.”

The withdrawal of Eir was discussed at Fine Gael and Fianna Fáil’s parliamentary party meetings on Wednesday night.

Fine Gael TDs and senators emphasised the need for the National Broadband Plan to be implemented as quickly as possible. Party members questioned the decision of Eir to withdraw from the bidding process and its effect on hundreds of thousands of householders and business leaders.

The meeting heard there can be no delay to the timeframe for the plan.

Fianna Fáil TDs, meanwhile, criticised the “shambolic” approach by the Government and will be tabling a private members motion on it in the Dáil next week.

The Government’s controversial decision to allow Eir effectively to remove 300,000 homes from the Department of Communication’s original plan triggered the exit of ESB/Vodafone joint venture Siro from the process last year amid allegations the move had impaired the tender process.

Green party leader Eamon Ryan said: “To lose one bidder for the national broadband scheme was unfortunate. To lose two is carelessness. The Government are asleep at the wheel, and the whole scheme has been thrown into disarray”.

He added that the scheme is vital for the development of rural Ireland. “This is a serious setback, and the government must outline a clear, comprehensive response to Eir’s withdrawal,” he said.

Enet, which is backed by specialist telecoms investor Granahan McCourt, currently operates the State’s Metropolitan Area Networks (Mans), a series of telecommunications networks built around 94 towns. The company was recently joined in its bid by SSE’s Irish arm.

In a statement, the Enet-SSE consortium confirmed its continued interest in the Government’s broadband process.

“Enet has been dedicated to the NBP since the first days of consultation, and the fact that we have assembled this world-class consortium reflects our continued commitment to Ireland and our understanding of the importance, scale and complexity of this project,” said David McCourt, founder and chief executive of Granahan McCourt Capital and chairman of Enet.

1 State’s biggest landlord records 30% rise in rental income
2 Irish tourism must also help itself to survive the pandemic
3 What will the office market look like after the great remote working experiment?
4 Trump signs executive orders banning TikTok and WeChat
5 ‘Saudi Arabia is where the opportunities will happen in future’
Real news has value SUBSCRIBE