Early-stage companies will be awarded €100,000 each to develop ag-tech ideas 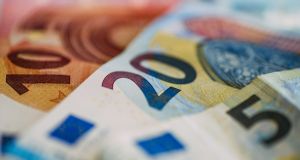 Headquartered in Galway, Yield Lab Europe invested in three start-ups in Ireland and one in the UK in 2017. Photograph: iStock 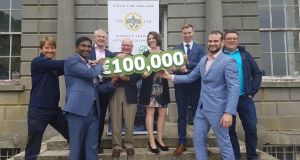 The programme, which supported four companies last year, is offering early-stage venture capital of €100,000 to start-up companies in the ag-tech sector, along with mentorship and a training programme.

This year the programme will consider up to eight early-stage firms for funding, supporting them to turn their ideas into successful internationally scalable businesses.

Participants in this year’s Yield Lab will also get to attend three of the world leading venture capital conferences for early-stage ag-tech companies – the Ag Innovation Showcase in St Louis, US, in September, the World AgriTech Innovation Summit in London in October, and the AgTech Nexus Global Ag Investing Conference in Dublin in December – with the Yield Lab programme covering their expenses.

The European scheme is in its second year, with Yield Lab offering sister programmes in the US, which was established in 2014, and Latin America. Applicants from more than 165 countries applied to Yield Lab Europe last year for a place in the programme.

Headquartered in Galway, Yield Lab Europe invested in three start-ups in Ireland and one in the UK in 2017, and is seeking to extend its reach into mainland Europe this year. Among last year’s successful applicants were Irish firm’s Hexafly, MicroSynbiotiX and ApidProtect.

“Ag-tech start-ups are at the sharp edge of vital innovation that addresses the need to produce more food using less resources.”

Applications for Yield Lab Europe will close on February 23rd.