Fintech, which has 100,000 Irish customers, says it is looking to tackle gender imbalance 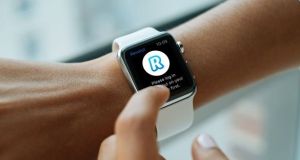 Fintech firm Revolut has thrown down the gauntlet to the tech industry over its struggle with diversity, pledging to help support bringing more women engineers into the industry by offering free coding classes.

The company said it will run free night classes for women to allow them to learn coding from its best engineers, starting on a monthly basis to gauge the demand.

“While a lot of tech companies talk a good game about how important gender balance is to them, we’ve identified our own imbalance within our engineering teams and are taking action ourselves to help tackle this issue,” said Revolut chief executive Nikolay Storonsky.

“I hope Revolut can really kick this kind of initiative off in the hope that other tech companies follow suit.”

The move comes following the company’s recent funding round, which saw Revolut raise $250 million. Among its plans for the money is an increase in its team, but the company said while there were female software engineers, the majority of graduates from computer science courses in the UK were male.

Spokesman Chad West said the firm “had to set an example”.

“If there is a lack of female engineers in the market surely it’s our responsibility to change that,” Mr West said. “This is not a PR stunt. It’s a genuine issue and we know we can solve it ourselves. We’re not doing this for politics. It’s not just a problem in the wider space but also a problem in Revolut.”

The courses will be limited to around 20 per class to begin with to allow for as much one to one support as possible, and if necessary they could be made more frequent than once a month. Volunteers from Revolut’s team will oversee it, offering expertise in mobile, web and server technologies.

The firm said it hoped to offer job opportunities to the “standout” candidates, although there would be no obligation to work for Revolut.

1 Irish company paid €1.2m a year by collapsed Blumenthal-linked Australian restaurant
2 Why bosses should not be afraid of speaking out on Instagram
3 Hugo MacNeill steps back from Goldman Sachs role
4 Hammerson appoints lead for move into housing
5 Should AIB compensate me for upsetting letter on arrears?
Real news has value SUBSCRIBE