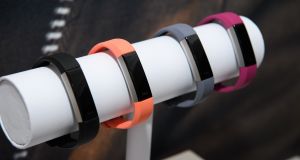 Fitbit will pool its brand, community, data and devices with Google’s software and services, the two companies said in a release on Monday

Fitbit’s shares jumped more than 9 per cent on Monday after it revealed a wide-ranging new alliance with Google.

Fitbit, which is trying to cut costs after reporting a 25 per cent drop in revenues last year, will move its services to Google’s cloud platform as part of the deal.

The tie-up also includes collaborating on both wearable devices and data for healthcare systems such as electronic medical records. Fitbit will pool its brand, community, data and devices with Google’s software and services, the two companies said in a release on Monday.

“Working with Google gives us an opportunity to transform how we scale our business, allowing us to reach more people around the world faster, while also enhancing the experience we offer to our users and the healthcare system,” said James Park, co-founder and chief executive of Fitbit. “This collaboration will accelerate the pace of innovation to define the next generation of healthcare and wearables.”

Both Google and Fitbit share common rivals in Apple and Amazon, both of whom are pushing deeper into the healthcare industry. Both Fitbit and Google have their European head offices in Dublin.

Apple is using its Watch as a platform for digital health services, including clinical research projects, while it is also testing a feature to allow iPhone owners in the US to download electronic medical records from their hospitals. In February, it emerged that Apple is developing its own independent medical practice, AC Wellness, for its employees.

Fitbit shares were 8 per cent higher at $5.74, touching their highest point since early January. - Copyright The Financial Times Limited 2018