New BBC podcast is ‘Serial’ with a Nordic Noir twist 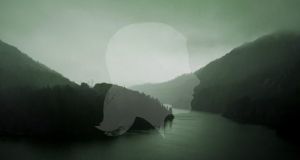 I know I’m not alone in binge-watching The Killing, reading a Wallander in one sitting or listening to Serial in every spare moment. Fellow true crime fans, especially those with a love of Nordic Noir, will love the BBC’s new podcast series, Death in Ice Valley.

This story looks for new clues to unravel the identity of a woman’s body found in the foothills of the Isdalen Valley in Norway in November 1970. It begins in a cemetery in Bergen where the body lies in a secluded, nondescript grave, unmourned and unmarked.

Heart-breaking details include a zinc-lined coffin, chosen so that it would not break down and disintegrate should her family ever come to claim her.

The burial, of course, happened over 47 years ago, and the coffin remains intact. Other than telling you that the woman died a terrible death and left behind several strange clues, it’s best to let the podcast do the rest.

The chilling music of the opening sequence and gripping narrative will leave you hooked. Enjoy.