Version 1 achieved the largest amount of funding with €90m 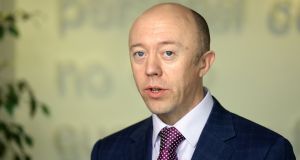 Irish high tech small and medium enterprises (SMEs) raised almost half a billion euro in the first half of this year, an increase of 3 per cent on last years sum of €486 million.

According to the VenturePulse survey published by the Irish Venture Capital Association in association with William Fry, the Irish result is particularly impressive in the context of declining activity in the US.

The vast majority, or 91 per cent, of funding in the second quarter of this year was directed towards companies seeking expansion.

Of the €252 million raised in the second quarter, some €23 million went to early stage companies in seed capital.

Significant benefactors of the funding in the first half included firms from across a variety of sectors including IT, pharmaceutical and financial technology businesses.

“Since the onset of the credit crunch in 2008, in excess of 1,375 Irish SMEs have raised venture capital of €3.3bn. These funds were raised almost exclusively by Irish VC fund managers who during this period supported the creation of up to 20,000 jobs; attracted over €1.37bn of capital into Ireland and geared up the State’s investment through the Seed & Venture Capital programme by almost 16 times,” said Regina Breheny, director general of the IVCA.

Ms Breheny also pointed out that in the second quarter the life sciences sector accounted for 50 per cent of funds raised with three companies raising over 43 per cent of total funds.

1 Election adds to headaches for AIB boss Colin Hunt
2 Irish people like nothing more than being bribed with their own money
3 Construction body calls for loan scheme to help first-time buyers
4 Being in Nama regarded as stigma in UK, O’Flynn tells court
5 The Irish economy is thriving but if you’re not feeling it – here’s why
Real news has value SUBSCRIBE