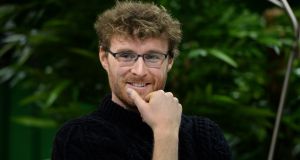 Reforms to the US corporate tax regime might not result in tech companies with large operations here leaving Ireland but they could result in some pharma giants departing, Web Summit co-founder and chief executive Paddy Cosgrave has said.

Speaking after a press conference to announce details of his MoneyConf event, which will be held later this year, Mr Cosgrave said the housing rental crisis was impacting on tech companies, although he questioned the extent to which rents are rising.

Mr Cosgrave said there were rumours that a large number of pharma companies, who had domiciled in Ireland in recent years, might be considering departing following recently announced changes to the US tax environment.

However, he said it was unlikely that tech companies, such as Google or Facebook, would quit Ireland. Mr Cosgrave said while the changes might pose challenges for US technology multinationals, given their wealth it would be the equivalent of “a rounding error”.

“They’ve built operations of scale here so maybe, for the likes of Google, it makes sense to keep a certain threshold of people here,” he said.

“I would be worried about what is going to happen to the large pharmaceutical companies domiciled here over the last few years and whether they might be seen as a gigantic trophy by [US president Donald] Trump in an election cycle. There are certainly rumours that a large number of these companies are getting ready to undomicile from Ireland back to the US.

“Whether it has a material impact or not, I don’t know because most of these companies don’t employ anybody apart from accountants,” he added.

Mr Cosgrave expressed concern about the ongoing rental crisis in Ireland, but voiced his doubts about the accuracy of various reports being compiled here on rents.

“Maybe rent is increasing . . . I question the methodology of these various surveys that are put out by people who have a vested increase in rent increases though,” he said.

On MoneyConf’s relocation to Dublin from Madrid, Mr Cosgrave said the event would boost fintech start-ups located in Ireland.

The fintech conference, which was spun out of Web Summit four years ago, will take place in Dublin in June with Joseph Lubin, co-founder of cryptocurrency etherum, among the speakers.

Taking place at the RDS from June 11th to 13th, MoneyConf will see 5,000 attendees from 100 companies coming to Ireland.

“The people at the forefront of banking, payments technology, blockchain and cryptocurrency will gather in Dublin for MoneyConf,” he said. “By day, we’ll be running our standard conference; by night, we’ll be taking over the city again,” he added.