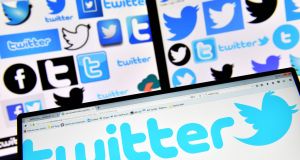 Twitter co-founder and chief executive Jack Dorsey said the business would continue to invest heavily in making the service more attractive to advertisers.

Twitter has swung to profitability for the first time, after the social network unveiled a series of changes designed to help it better compete for advertising, making shares in the company surge.

The company disclosed net income of $91 million (€74 million) in the fourth quarter, compared with $167 million of losses in the same period the year before, as advertisers responded enthusiastically to new ad formats in online videos and tweets.

Ad sales, which comprise the bulk of Twitter’s revenues, grew 1 per cent year on year to $644 million.

Twitter also beat Wall Street estimates on revenue growth of 2 per cent to $731.6 million, when most analysts had expected a decline.

Jack Dorsey, the Twitter co-founder who returned to the company as chief executive in 2015 to implement a turnaround plan, said the business would continue to invest heavily in making the service more attractive to advertisers.

Last year it unveiled a range of changes to attract new users which included products such as a live video streaming function for sports and news, and a doubling of the character limit for tweets to 280 in a bid to attract more advertisers.

Ned Segal, chief financial officer said the company would continue to invest. “We’re looking at investing to grow. We will invest in products...and we will invest in sales.”

Mr Dorsey added that the company was “confident about the road ahead”, even as user monthly active user numbers were flat at 330 million in the quarter.

Walter Price, head of global technology at Allianz Global Investors, said financial performance was of most importance. “User numbers are distorted by bots anyway so I’m more interested in revenue growth,” he said. “They have focused the company on the things that are working and that are their strengths, rather than something they’re not.”

Twitter employs some 200 people in Dublin, its biggest office outside the US. The operation is the company’s EMEA headquarters and counts more than 30 nationalities within its staff. – Copyright The Financial Times Limited 2018