Over 70% of Microfinance Ireland customers get pandemic supports 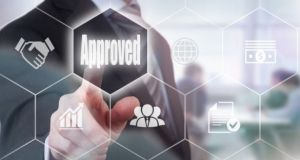 MFI loans to “micro-enterprises”, that is any business, sole trader, partnership, limited company, with fewer than 10 workers and sales of less than €2 million a year

State-backed lender Microfinance Ireland (MFI) has granted repayment moratoriums and/or restructured loans for over 70 per cent of business customers since the coronavirus pandemic hit.

The not-for-profit lender, which established a Covid fund early on in the crisis to support small businesses impacted by the pandemic, said the businesses it backs are among “the most vulnerable” in the economy.

Chief executive Garrett Stokes said the lender loaned more than €20 million to over 680 businesses up to July, under its Covid fund. He said that approximately 70 per cent of customers who had been granted repayment moratoriums earlier in the year, have since recommenced making payments.

MFI loans to “micro-enterprises”, that is any business, sole trader, partnership, limited company, with fewer than 10 workers and sales of less than €2 million a year. It typically charges interest of 6.8 per cent on loans if businesses apply through local enterprise offices or other referral partners, or at 7.8 per cent for applications made directly. However, under its Covid-specific funds, it is charging 4.5 per cent and 5.5 per cent respectively.

In addition to providing financing for companies, Microfinance Ireland also pays for mentoring services that are delivered through the Local Enterprise Office network.

The Government founded MFI in 2012 to administer its micro-enterprise loan fund to provide financing for up to five years for small businesses that typically have difficulty in accessing bank credit.

The lender has approved €34 million in loans since it commenced trading, supporting more than 2,400 business. Last year, the fund received close to 1,100 loan applications, a record number for the business. It approved €6 million in loans to 452 microenterprises in 2019, up 42 per cent on the prior year.

Mr Stokes said many of its customers have responded to the Covid challenge by going online and changing their business model. He said he was hopeful that the second lockdown wouldn’t have as big an impact on them as the earlier one had.