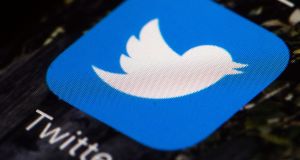 The new settings will be available to all Twitter users, giving them more control over their conversations. Photograph: AP Photo/Matt Rourke

Twitter is rolling out new settings that will allow users to choose who can reply to their tweets.

In recent weeks, the social media platform had been testing the feature, which gives users the option of allowing everyone to reply, or limit it to only people you follow or users who are mentioned.

As of Wednesday though, the new settings will be available to everyone on the platform, giving them more control over conversations.

“We’ve seen people use these settings to have conversations that weren’t really possible before,” Twitter said in a blog post. “Since we started testing this in May, people have used it to host interviews and panels, share what’s on their mind, and make announcements. We’ve learned a lot from usage, feedback interviews and surveys.

“These settings help some people feel safer and could lead to more meaningful conversations, while still allowing people to see different points of view.”

People who cannot reply will still be able to view and like the tweet, or retweet the status update with a comment, but it will be outside the main conversation thread.

According to Twitter, people who face abuse found the settings helpful.

1 Michael O’Leary is the boss you want to lead an airline out of crisis
2 Irish company to test vaccines on volunteers deliberately infected with Covid-19
3 PTSB names Grant Thornton partner as interim CFO
4 Help, I’ve no PRSI stamps – can I still get a pension?
5 Estée Lauder staff at Dublin airport plan further strike action
Real news has value SUBSCRIBE