Why is the US trying to ban TikTok? 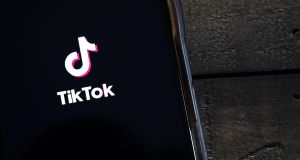 TikTok allows you to create a short 15-second video, usually set to a snippet of music, and then share it with the TikTok community. Photograph: Drew Angerer/Getty Images

Are you on TikTok? The short-form video app has been growing steadily in popularity in the past year or so, creating a whole new generation of app celebrities.

Initially scooping up that all-important younger user base, in lockdown TikTok gained a legion of new users. With pubs and clubs shut, and most people confined to their houses, people turned to the app as a creative outlet, and TikTok saw a surge in numbers.

The app allows you to create a short 15-second video, usually set to a snippet of music, and then share it with the TikTok community. The videos cover a vast range of topics, from football tricks and make-up tutorials to science facts and supporting Lebanon, among others.

Celebrities have embraced the platform too, with actor Will Smith, Dwayne “The Rock” Johnson, comedian Kevin Hart, singer Ariana Grande and actor-turned-entrepreneur Jessica Alba among those who have made the leap.

But it’s not all about celebrity faces. The strength of the app is in its algorithms, which populate the “For you” section with video after video to keep users entertained, elevating relatively unknown users. It’s possible to get stuck in a TikTok loop that lasts an hour or more; to that end, the company built in a digital wellbeing section that limits your time on the platform to between 40 minutes and two hours. When that limit is reached, you need to input a passcode to continue; it’s not insurmountable, but it breaks the TikTok spell a little.

Given its popularity, why is the US trying to ban it?

It all comes down to ownership. TikTok is currently owned by Chinese company ByteDance. The app first launched in September 2017, but it was in 2018 that things really took off, when ByteDance bought US music app Musical.ly and merged it into the TikTok platform.

That move gave ByteDance a ready-made young user base. It integrated elements of Musical.ly that had proven popular with younger users, including the ability to lip-sync videos to short clips of music and comedy.

However, its ownership has also made it a target. The video service, which has more than 800 million active monthly users at the last count, mostly located in Europe and Asia, has attracted the ire of authorities in the US in recent months.

The app, which wracked up 2 billion downloads to date, has been the subject of speculation in the US for some time. Officials there have expressed concerns that apps such as TikTok have links to the Chinese Communist Party, with any user data gathered by these platforms potentially accessed by the Chinese state. TikTok has repeatedly denied the allegations and insists personal data cannot be accessed by Beijing and that it has no ties to the Communist Party.

That followed a request by US senators Chuck Schumer and Tom Cotton for an assessment of the risk to national security presented by Chinese platforms such as TikTok.

Things stepped up a notch in recent months. Decrying TikTok as a threat to US national security, US president Donald Trump threatened to ban the Chinese-owned company from doing business in the US, putting it in a similar predicament as Huawei.

Trump followed through on his threat, signing an executive order early in August that prohibited US companies from doing business with TikTok, effectively shutting it out of the US market, unless it was bought from Bytedance. The deadline to reach a deal is September 15th, giving the company fewer than 40 days to come up with a blueprint for a deal that will keep the US president happy.

That in itself will be a mammoth task. “It can sometimes take months and months just to identify the business needs of the divested business, what IP and other assets it uses exclusively, and what assets and IP it shares with other businesses in the company group,” said Karen C Hermann, a deal lawyer at Venable LLP.

Microsoft has emerged as the main suitor, with speculation that the LinkedIn owner will pay $45 billion (€38bn) to gain a foothold in the social media market.

The UK has been mooted as a potential headquarters location, and TikTok already has its trust and safety centre in Ireland

Failing to reach some sort of deal could be catastrophic for the app’s future growth prospects in the US. The ban could see US companies unable to spend money with the app, through TikTok for Business. Even if the sale goes ahead, with 100 million users in the US and a large number in Europe and Asia, the segmented TikTok may be less appealing all round.

If the ban goes ahead, it could be that the app may not be carried in the US app stores for both Google and Apple, or even overseas. That would leave the app unsupported by updates for its existing user base, and unable to reach new users through the normal channels.

TikTok, for its part, is “shocked” by the Trump administration’s decision.

“We have made clear that TikTok has never shared user data with the Chinese government, nor censored content at its request,” it said in a statement.

The company is now considering its options, including the possibility of locating its headquarters outside the US, and potential legal avenues that may be open to it.

The UK has been mooted as a potential location, and TikTok already has its trust and safety centre in Ireland. A data centre is also on the cards here, with the company announcing plans earlier this month for the facility that will be opened by 2022.

In the meantime, talk of a sale gathers pace. According to some reports, Microsoft is negotiating a transition period that will give it time to ringfence TikTok technologically from ByteDance once a deal has been agreed. But a more permanent break with ByteDance could take more than a year. Separating the US and other territories from the rest of TikTok is more complex, and given that TikTok shares technical resources with ByteDance’s Chinese app Douyin and other ByteDance-owned properties, the transition period will be slightly longer than the 45 days given to get the deal in place.

Carving out parts of TikTok from its Chinese owner could prove complex, with Microsoft said to be only only interested in the US, Australia, Canada and New Zealand. That leaves Europe, Asia and other areas still in the control of ByteDance, and offers up a complex task for both sides of the deal as it creates a splintered social network.

Inside the US, Canada, Australia and New Zealand, TikTok could be a very different place, walled off from the rest of the world

According to Reuters, ByteDance started working on their technological separation several months ago amid scrutiny from the US government, planning for a split as part of a strategy to shift its power from China.

Although the code for TikTok may be separate from Douyin, the server code that provides the basic functionality of the app is still partially shared across other ByteDance products, according to Reuters’ sources. This is where things will get complicated for any new owners of TikTok.

It is likely that they would need to rely on ByteDance’s code while it reviews and revises the code, and moves to a new back-end infrastructure to serve users, according to cybersecurity expert Ryan Speers at US-based River Loop Security.

Any continuing technical or operational reliance of the US business on the Chinese company after the sale generally would have been unacceptable to the Committee on Foreign Investment in the United States, says Aimen Mir, a partner at the law firm Freshfields Bruckhaus Deringer, who used to work for the committee. In the past, the committee has required adoption of increased protections pending a sale, including separation of the US business from foreign sellers to the furthest extent possible, he says.

And then there will be the issue of separating out user data. TikTok’s algorithm recommends the next video to watch based on an analysis of user behaviour. Cut off that user data, and the algorithm won’t function as well as it did previously.

“Algorithms are not worth anything without the data,” says Jim DuBois, a former chief information officer at Microsoft. DuBois is a venture adviser at Ignition Partners. “Segmenting the data for those countries is a significant task.”

TikTok would also have to be broken apart from the app’s other regions, making the task for the potential new owners more complex. “The biggest part is separating the user data – both content and data about users,” DuBois says, noting hard disks of data would likely need to be transferred between ByteDance and Microsoft.

It may not necessarily fall on Microsoft’s shoulders. There is a potential competitor in the ring, with Twitter reportedly interested in buying TikTok, according to the Wall Street Journal.

How that will fare is anyone’s guess. Twitter’s last foray into video with Vine ended with the service being discontinued a couple of years after it was taken over.

It’s a little early to be speculating on what Twitter would do with the company; not only has a deal not even been struck, Twitter hasn’t even confirmed that it is even interested in buying TikTok. Any talks that have been rumoured to be held are preliminary.

But what will it mean for TikTok users? Outside the US and territories currently expected to be sold off, probably not a lot. Inside the US, Canada, Australia and New Zealand, TikTok could be a very different place, walled off from the rest of the world.

It may also give Facebook a way back into the market. The company has released a new short form video product Reels, for its Instagram users. It essentially mimics the same functionality as TikTok, and like Instagram Stories before it, could prove popular enough to stunt the growth of TikTok.

Whatever the outcome, the next 45 days or so will prove crucial to the future of TikTok – and the diversity of the social media landscape. – Additional reporting: Reuters