Net Results: Sci-fi, spandex and the wonders of WorldCon 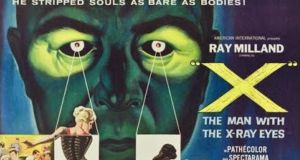 I loved the range of discussion on writing, comics, film, theatre, illustration and performance at WorldCon.

If you were down around Dublin’s convention centre or the 3Arena in mid-August, you may well have encountered a few aliens, orcs, wizards or other visitors who might have appeared to have travelled into the city from another galaxy, rather than on Ryanair.

They were the more colourful manifestations of WorldCon, the international science fiction convention that celebrated its sold-out 77th annual incarnation in Dublin this year, after years of planning, a proposal, and a successful bid by an Irish all-volunteer network of committed members. It was only the 16th time the event was held outside of the US ,and the 11th in Europe.

Even if you have never heard of WorldCon, you’ve likely heard of one of its centrepiece events, the Hugo Awards, voted for by the World Science Fiction Society’s membership and bestowed at WorldCon.

Along with 6,000 other attendees, I went along with an open mind and general interest, but knowing nothing about the event. I’m a longtime, but only occasional, reader of science fiction and fantasy. I don’t know many of the leading names from the past couple of decades, I am embarrassed to say.

As a child, I was introduced to much of the best fantasy by intrepid librarians at my school, who, during our weekly class library hour, would read us the first few pages of a book like The Lion, the Witch and the Wardrobe. After luring us into the story and stopping at some cliffhanger point where we desperately wanted to know what happened next – they would choose a lucky student to take home that book that week.

I grew up in the era of a new generation of women writers like Ursula LeGuin and Madeleine L’Engle and their writing for young adults. I ate those books up, too.

The discussion was lively and intense and intelligent – and this was the real joy, for me, of this entire colossal event

In high school, it was Tolkien, then a gradual indirect enticement into science fiction by my father, who always seemed to have paperback short story collections lying about with flaming meteors or spaceships orbiting alien planets on the covers. But there were also novels: Vonnegut, Asimov, Heinlein. High school and university friends and lecturers sent me off on further writerly explorations.

But since then, my other-worldly reading has been more sporadic.

I hadn’t realised how apparently old-school I was until I discovered that one panel at WorldCon was entitled Continuing Relevance of older SF, which questioned whether 20th-century writing was still relevant in the 21st (answer: yes). Among the writers it listed as older and of a past era were Isaac Asimov, Octavia Butler and Margaret Atwood – yikes, really?

The discussion was lively and intense and intelligent – and this was the real joy, for me, of this entire colossal event, alongside the surprising (and vast) range of the hundreds upon hundreds of sessions over five days.

My assumptions were immediately and happily demolished. I’d looked forward to learning about some new writers and had thought there might also be some intriguing overlap with technology. But the science element was just as high-profile as the fiction.

If I had no other interest than science and space, I’d have been delighted with WorldCon. Some sessions touched on writing, such as When Scientists Write Science Fiction and Writing Robot and Nonhuman Intelligence.

But there was so much more: panels and talks on subjects such as Irish mathematician William Rowan Hamilton and his quaternions; the ethics of colonising space; the mathematics of music; how corporations might work in space trade; even on colonising the Kuiper Belt and the Oort Cloud. Irish legend Prof Jocelyn Bell Burnell, a convention guest of honour, talked about her discovery of pulsars but also, in another fascinating panel, discussed faith and science with a monk. Two women with space expertise, Nasa astronaut Jeanette Epps, and Ireland’s aeronautical engineer and astronaut in training Dr Norah Patten, held a fireside chat about their personal experiences, inspirations and concerns.

I loved the range of discussion on writing, comics, film, theatre, illustration and performance too. Sometimes even the session titles alone were perfection. Who could resist Do We Really Need All That Spandex? in which a panel discussed whether “gaudily-coloured, tight-fitting outfits” were “still the right style choice”. I have to admit I have long considered this a pressing issue, and one that carries over in a gendered way into science fiction films, in which, for some reason, women of the future dress in clingy low-cut gear while men wear relaxed and comfortable-looking garments vaguely based on martial arts outfits.

I will return here in the near future to report on a couple of the gripping science and technology-oriented panels I attended. And, if you are interested in some futuristic reading, you can find a list of all this year’s Hugo Award winners here: thehugoawards.org.