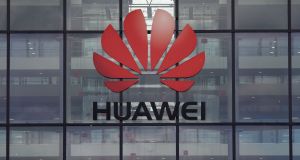 A campaign of sanctions against Huawei from the US government has resulted in the company losing access to key software, chip design and manufacturing partners

Huawei Technologies’ global smartphone market share is expected to fall to just 4 per cent in 2021, a precipitous drop for the company that this summer ranked as the world leader in shipments.

China’s telecommunications giant will account for 14 per cent of the market this year and then drop to less than a third of that, TrendForce researchers said on Tuesday.

A sustained campaign of sanctions against Huawei from the US government has resulted in the company losing access to key software, chip design and manufacturing partners, depriving it of its technological edge.

The Honor budget phone division that Huawei recently announced it is selling to a government-backed consortium in Shenzhen will take 2 per cent of the market next year, constrained by its own component shortages and uncertainty around sanctions, according to an article posted on TrendForce’s WeChat account.

The forecast points to other established Chinese brands like Xiaomi and Oppo stepping in to fill the void left by Huawei, benefiting along with Apple’s iPhone sales.

Together with the newly independent Honor, the rest of China’s smartphone makers are likely to expand production targets and compete aggressively for the newly vacated space, TrendForce said. – Bloomberg