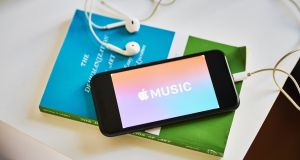 The unexpected star of Apple’s record quarterly earnings on Tuesday was none other than the iPhone 11 – a product widely considered more incremental than breakthrough when it launched in September.

Sales of the smartphone were expected to be stagnant in the holiday period, with analysts projecting that the bulk of consumers considering upgrades would hold back from purchasing a new handset until Apple releases a 5G-enabled model. But iPhone sales jumped 8 per cent from a year ago to $56 billion (€51 billion) in the holiday period, accounting for 61 per cent of total revenue in Apple’s first fiscal quarter of 2020. That growth surprised analysts and led total revenue to rise 9 per cent to $91.8 billion, beating the most optimistic estimates.

“iPhone 11 was our top-selling model every week during the December quarter,” chief executive Tim Cook said on an earnings call.

Observers knew that iPhone sales were going to be flattered by a comparison to the prior year, when they had slipped 15 per cent to $52 billion, but “the result went far beyond that”, said Neil Cybart, analyst at Above Avalon.

“The upgraders are starting to come back. By no means is this some sort of mega-upgrade cycle, but [after declining for several quarters] it looks like iPhone unit sales were up around 15 per cent,” he said.

That growth is likely to build support for the new pricing strategy Apple unveiled in September. After many years of slowly raising the price of its flagship phone, Apple cut the starting price by $50 to $699 – an affordability move designed to lure more users into an ecosystem that is becoming more dependent on a growing array of high-margin services, such as warranties, streaming content and App Store revenue.

Chief financial officer Luca Maestri said the iPhone 11 performed well because of “a combination of the new features”, including a better camera, longer battery life and a faster processor, but also because of how Apple was selling the product. “We are doing more monthly instalments, more trade-ins,” he said. “We are making it more affordable for people to buy the phone.”

Frank Gillett, analyst at the Forrester research firm, said the growth in iPhone sales underscored the extent to which Apple users paid little attention to the Android market because they were locked into the Apple ecosystem.

“Many customers aren’t buying for any flagship feature, they are buying for the steady reliability,” he said.

Even bullish analysts were taken aback by sales growth for a phone that largely caught up with rivals rather than led them with a new direction.

“The innovation was basically cameras and colours,” said Tom Forte, analyst at DA Davidson, whose estimates over the next decade project that Apple will record annual net profits exceeding $100 billion by 2028. “The iPhone 11 benefited from the lowest expectations for any iPhone launch ever.”

Not every analyst is convinced the momentum can be maintained. “If it was me I’d get my money the hell out of there and call it a win,” said Trevor White at Nucleus Research. He said he was “shocked” by iPhone sales amid the US-China trade spat and gives Apple credit for the achievement, but projects a slowdown in the coming quarters.

For Wendy Johansson, consultant at Publicis Sapient, it was Apple’s unusually wide guidance for the current quarter that gave her pause. It projected that revenue would come in between $63 billion and $67 billion, a gain of 9 to 15 per cent. Mr Maestri said the wider-than-normal range was a result of uncertainty in China related to the coronavirus.

“That stood out,” Ms Johansson said. “They aren’t diverse enough to withstand more coronavirus or more China trade war. That is very worrisome for me.”

Another disappointment was Apple declining to offer any sign-up figures for TV+, its streaming video service, or the Apple credit card. For many, the lack of detail seemed at odds with Apple’s otherwise enthusiastic embrace of “services”, a division whose revenue climbed 17 per cent to $12.7 billion, overtaking Mac sales for the first time.

“We never expected Apple to be Disney+ or Hulu or Netflix, but the fact is, nobody talks about Apple shows, nobody is looking at Apple streaming - even though they opened it up beyond their own ecosystem for once,” said Ms Johansson. “They made this foray into streaming services and it’s not just working out for them. They don’t have the content, they don’t have the strength and they don’t have the platform for that.”

What no analyst could dispute was the success of Apple’s wearables business. That unit, led by AirPods and the Apple Watch, saw a massive holiday quarter, with revenues rising 37 per cent to $10 billion.

Mr Cook said Apple’s growing offering of hardware devices beyond the iPhone was playing a role in building its ecosystem, with one result being that Apple now projects 600 million paid subscriptions for services by the end of 2020, up from 500 million before.

“With each Apple product that a customer buys, I think they get tighter into the ecosystem,” Mr Cook told analysts. “It’s more likely that the iPhone comes first. But there is no doubt in my mind that there are some people that came into the ecosystem for the watch.” – Copyright The Financial Times Limited 2020