Microsoft discovers that no one wants to watch Paint die 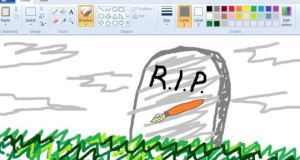 Microsoft has indicated that, after 32 years, Paint was finally going to that great, encrusted paint tin in the sky 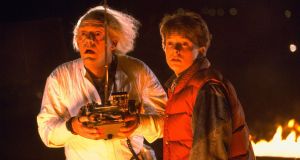 Future proofed: MS Paint came out in the same year as ‘Back to The Future’, and it’s about to be resurrected as an app

In these breathtakingly innovative days when you can download an app and make decent drawings on your mobile phone or tablet (“decent” in my case meaning very small children will occasionally be impressed), few really appreciate the one-time marvel that was Microsoft’s Paint programme.

Introduced in 1985 with Windows 1.0 (the first and, it is generally agreed, crappiest version of Windows), Paint enabled PC users to draw – draw! – on their computers, which was darn exciting back in the day. Yes, those pictures had all the sophistication of a toddler playing on an Etch-A-Sketch. But they were pictures. On a computer.

Personally, I never did the hilariously weird and awkward Paint pictures thing more than a few times, as the ego-withering results were so appalling. But I still adored Paint. The little program, which has remained bundled with the Windows operating system ever since, was endlessly useful because it was also a gratifyingly easy-to-use photo editor.

In our brisk, modern era of handy photo editors everywhere, it’s easy to forget (or yes, be young enough not to remember) the agonising photo management misery of yore. Stuck between the painfully unintuitive editing software that came with one’s digital camera (before every mobile became a decent camera) and the intimidating and costly overindulgence of Photoshop, Paint was a godsend.

You could trim pictures, perform basic image editing functions, and – so important for adding photos to those early-days websites and for creating your precisely sized avatar photo for discussion boards – resize it to a specific pixel measurement. I found it much easier to do this on Paint on a PC than on my Macs, even though Macs were far more graphics-oriented.

You could also add text, or layer on your own scribbles to an image. All in a pre-social media online world, when nobody had thought up easy meme generators for doing that stuff. Paint was just one of those indispensable tools that nobody really thought about. Until it was gone.

And that’s what happened – or rather, almost happened, or kind of happened: take your pick – this week with Paint. On Monday, Microsoft quietly indicated that, after 32 years, Paint was finally going to that great, encrusted paint tin in the sky.

Officially, Paint would be “deprecated”, the tech equivalent of being left to wither away and die. Microsoft explained that this meant from now on it was “not in active development and might be removed in future releases” of Windows.

Back to the Future

So what, big deal, you might reasonably think, especially as Paint is of the same vintage year as Live Aid, The Golden Girls, Back to The Future, Falco rapping Rock Me Amadeus and the signing of the Anglo-Irish Agreement. Plus, Microsoft offers a supercharged version of Paint called Paint 3-D, which – for those still enamoured of a 2-D world – incorporates many of the old garden variety Paint features.

Nonetheless, in a true back to the future moment, out from behind their keyboards came the most unlikely of protestors, the Paint enthusiasts. Who would have ever guessed that Paint, little lowly Paint, had aficionados who would be so vocal in their grief?

But there you go. With every passing hour on Monday, the lament swelled, and the public confessions began. For example, unlikely as it might seem, it turned out there were workplaces which hold a weekly Paint competition to draw a designated animal. (For what, though? An Etch-A-Sketch?).

The Guardian even asked readers to submit their own beloved Paint drawings. “Some contributions were deeply odd and must never be seen by human eyes,” the newspaper cautioned. Those that may be viewed are there in a gallery that includes one fellow’s self-portrait of himself as a cowboy marshal, on the moon, riding a dinosaur. Drawn at age 35.

Clearly, many people were not ready to let go. Within a day, Microsoft did the right thing and saved Paint’s technicolour life. Instead of the indignity of deprecation, it would now be resurrected as – but of course – an app.

“Today, we’ve seen an incredible outpouring of support and nostalgia around MS Paint,” acknowledged the company in a blog post. “If there’s anything we learned, it’s that after 32 years, MS Paint has a lot of fans. It’s been amazing to see so much love for our trusty old app.”

Anyone feeling the need to make a fast and ugly image will be able to download the app for free from the Windows Store and get right to work, bypassing the flashy glories of Paint 3D and the last three decades of tech progress.

So, off you go: just gel up your hair, crank up the Thompson Twins, Tears for Fears and Foreigner, click on a brush width, choose your colour, and get Painting.