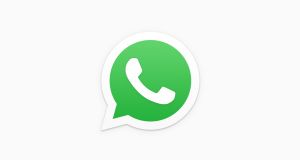 Although social media platforms like Facebook and Twitter are still the most popular apps on the average smartphone, research firm Gartner predicts that within the next two years messaging platforms will outperform.

Messaging apps like WhatsApp and virtual personal assistants (VPAs) – mostly standalone but increasingly integrated within messaging apps as intelligent, responsive chatbots – are set to rule the roost in what Jessica Ekholm, research director at Gartner, calls a “post-app era”.

Currently, 83 per cent of smartphone users across the United Kingdom, United States and China say they use social media apps, down two per cent on the last Gartner survey in 2015.

Meanwhile, those using messaging apps has risen from 68 to 71 per cent and use of VPAs rose from 31 to 35 per cent. Overall, the average number of installed apps per user has dropped.

“[Users] want rich and engaging app experiences and are increasingly looking for apps that can offer a multitude of services without users having to leave the app itself. This supports the move toward messaging and VPAs, and ultimately the post-app era,” said Ekholm.

1 Should my mam wait for house prices to drop before buying?
2 Citigroup warns that markets are out of step with reality
3 Chris Johns: Past is another country when it comes to our post-pandemic future
4 US ‘hard seltzer’ drink White Claw launches in Ireland
5 If you injure yourself working from home, is your employer responsible?
Real news has value SUBSCRIBE