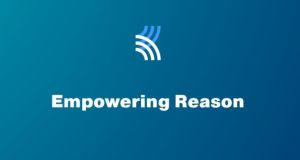 Kialo maps out pro and con arguments in online debates, allowing the reader to see an individual response alongside supporting or opposing responses.

Kialo describes itself as “a debate platform powered by reason”, which, sadly, is probably the number-one reason it may never succeed. As much as I love the notion of an online Utopian forum of social media where we talk it out in calm, measured tones, this is not something that will appeal to many Twitter users, who like yelling in capital letters and with plenty of swear words.

One of the most commented upon topics on Kialo is whether US president Donald Trump should be impeached. Oh great, I thought. This is going to be . . . interesting. And it was: there was civil language, sensible observations and not a rant in sight. Best of all, Kialo maps out pro and con arguments, allowing the reader to see an individual response alongside supporting or opposing responses. Users can edit their responses, which are visible to all, and linking to supporting evidence is encouraged.

It is refreshing to follow a chain of reasoning from beginning to end without having it derailed by name-calling and directionless ranting. Here’s hoping Kialo persists.

1 Sacrificing pubs for schools: Ireland’s latest Covid trade-off
2 Owner of Dundrum Town Centre to sell prized assets
3 Elderly parents living in property you own will save you on capital gains tax
4 Hiring right people is key in Meath liqueur firm
5 How safe is it to go back to the office?
Real news has value SUBSCRIBE