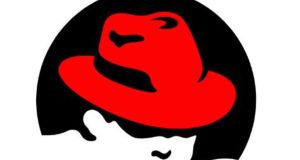 Red Hat Ltd, whose parent acquired Irish software firm Feed Henry for €63.5 million in September 2014, recorded a pretax profit of €33.2 million for the 12 months ending February 2016. This compares with a profit before tax of €26.6 million a year earlier.

Turnover for the company, which also has offices in Dublin and Waterford, the latter a result of the Feed Henry acquisition, rose to €430.7 million from €341.2 million a year earlier.

The Irish unit employed 98 people during the reporting period with staff costs totalling €17.4 million, as against €13.4 million in the preceding year.

Red Hat Limited is a wholly owned subsidiary of Round Pond, which is incorporated in Ireland. Its ultimate parent is North Carolina-based Red Hat Inc, which reported revenues of €2.05 billion for the year ending February 2016.

1 My aunt never told us that Gran passed away with no will
2 Green Party TD queries ‘usefulness’ of another appeal in €13bn Apple tax case
3 If it’s safe to do so, could this be the time to spend for Ireland?
4 Brussels plans attack on low-tax member states
5 Government to push through €2bn credit guarantee scheme next week
Real news has value SUBSCRIBE