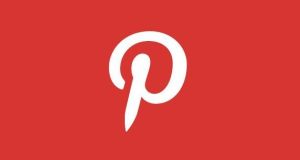 Pinterest is set to bring Promoted Pins to Irish users, giving companies a direct line to consumers using the platform.

Promoted Pins, which are already available in the United States, United Kingdom and Canada, will also launch in Australia and New Zealand from Wednesday. They allow advertisers to promote their products on the main page used by users on the site.

“Businesses in Ireland will be able to target domestic Irish audiences, and also overseas,” said Adele Cooper, Pinterest’s country manager for the UK and Ireland.

Those who want to spend money promoting products or brands on Pinterest can do so on a cost-per-click basis, or opt for cost per 1,000 impressions.

Based on the experience in the UK, the company is expecting there to be a positive response from both brands and Pinterest users.

“Pinterest is a platform for branded content,” said Ms Cooper. About 75 per cent of the content on the site comes directly from businesses, she said. “People use the platform to buy and do things in their life.”

With that in mind, Pinterest found its Promoted Pins were better received by users, as they provided additional ideas.

“We found the hide rate on Pinterest was 90 per cent lower than on other digital platforms,” Ms Cooper said. “The challenge on a platform like Facebook is you go there to get updates on friends and families.

“An ad from a brand or business is a bit intrusive. With Pinterest you want to redecorate your house or are planning a dinner party; you’re looking for branded content. People use it to plan, and you can reach them in the very early stages of planning. They haven’t made up their ideas about what they want to buy.”

The new system has been trialled with a small number of partners, including Tesco, Superdry and Daintree. Among the launch partners are Aer Lingus, Avoca and Jo Malone. Globally, there are more than 1 million businesses on Pinterest.

Pinterest said monthly active users in Ireland had grown by 25 per cent over the past year, although it did not specify how many people currently use the platform here. On a global basis, Pinterest has more than 150 million active monthly users, with 70 million in the US alone. About 40 per cent of global sign-ups are men, with male monthly active users rising by close to 75 per cent year on year.

The next logical step is the rollout of the company’s buyable pins, a product that has so far has only made it to the US. The feature allows customers to buy a product within Pinterest, with payments firm Stripe providing some of the technology to Pinterest.

The mobile-only product allows Pinterest users to save their payment details and buy products they see on the site.