Irish tech firms out to wow at Mobile World Congress 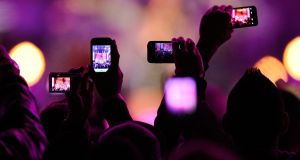 Irish tech companies will be out in force next week at Mobile World Congress (MWC), the largest annual global gathering for the mobile industry.

The event is usually a launch platform for the hottest smartphones, tablets and other connected devices and this year’s gathering looks to build on that with the likes of LG, Nokia, Sony and Huawei among those expected to roll-out new products.

Samsung was planning to showcase its much-anticipated Galaxy S8 at this year’s event but this has now been delayed while it sorts out the battery issues that forced it to withdraw the Note 7, although rumours indicate it may at least announce the launch date for the smartphone at MWC 2017.

The chief executives of AT&T, Liberty Global, NEC, Nokia, Orange, Telefonica and Vivendi, are all confirmed to speak at the four-day event.

The event, which takes place in the Fira Gran Via venue in Barcelona, opens on Monday. Mobile World Congress, which was established in 1987, drew nearly 101,000 visitors last year with attendees from 204 countries representing more than 2,200 companies.

Irishman Michael O’Hara, the chief marketing officer of the event organisers GSMA, told The Irish Times that they expect a record number of attendees for this year’s event.

“Mobile World Congress has been phenomenally successful and it’s still growing. Last year we had 101,000 people and we are on target to beat that next week,” he said.

“This year we’re including a number of new activities such as a youth mobile congress with 20,000 students from Catalonia and Spain attending. There is also a Women 4 Tech programme,” Mr O’Hara added.

A large number of Irish tech companies will be in attendance at next week’s event with Enterprise Ireland hosting a stand that will highlight 14 clients including Aspire Technology, Cubic Telecom, Druid Software, Heystaks, Inhance Technology, Iricent, MDS Amiba and Software Radio Systems.

“Ireland is a significant player in the sector – we estimate that approximately 200 of the 650 Irish-owned ICT companies are involved in mobile and communications software, which includes the emerging Internet of Things (IoT) sector. These companies, we estimate, generate €650 million in exports annually and support 4,000 jobs in Ireland,” said Leo McAdams, divisional manager, ICT & ITS, Enterprise Ireland.

“Mobile World Congress provides a platform for Enterprise Ireland clients to participate in industry networking events and showcase their capabilities to international blue chip companies with the ultimate goal of increasing our global presence in the market and driving exports and jobs at home,” he added.

Vistatec, a Dublin-based company that specialises in localising content for brands, will also be on the EI stand, where it will be showing off its new “Mobile Deep Content” solution, which is based on multilingual and semantic technologies. The firm, which is celebrating its 20th anniversary, used last year’s event to announce 50 new jobs.

“Mobile World Congress is a global showcase for companies like Vistatec. We are able to meet and network with a lot of customers and new potential clients,” said Simon Hodgkins, the firm’s chief marketing officer.

“Irish companies can benefit from the global exposure that you benefit from at MWC and be close to the very latest in technology breakthroughs and developments,” he added.

A number of other Irish companies, including Asavie, Alpha Wireless and Openet will also have their own stands at MWC while the likes of GeoPal, Tango and Ammeon are participating on partner stands.