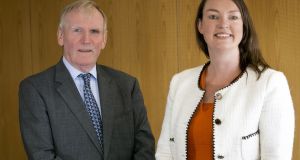 Venture capital funding into Irish tech firms fell by 9 per cent in the first half of 2018, the first time that the funding has fallen since 2011.

The figures, compiled by the Irish Venture Capital Association (IVCA) and William Fry, showed a total of €453 million was invested in Irish companies in the first six months of the year.

But a weak second quarter should be an “alarm call”, the IVCA said, with funding falling to €121 million. Meanwhile, the number of companies receiving funding in the first half was down 30 per cent year on year.

In the second quarter of the year, more than half the total funding was down to a single deal, a €64 million funding round secured by Sublimity Therapeutics (formerly Sigmoid Pharma), and that was the only deal that was worth more than €10 million in the three-month period.

Alex Hobbs, chairman of the IVCA, said while a fall-off in funding for scaling companies may be a blip due to timing, there was growing evidence of a softening of the market.

More pressing was the decline in seed funding, which was down 37 per cent compared with the first half of 2017, slipping to €15.7 million in the same period of 2018. That could have implications for entrepreneurs and the future growth companies in Ireland, Mr Hobbs said, calling for Government action to help attract more early stage investors into Ireland.

“We’ve noticed this softening over the last six to nine months,” Mr Hobbs said. “We’ve made a number of suggestions to Government.”

He noted the role played by Enterprise Ireland in particular in supporting early stage companies, describing the agency as “a crucial participant”, but said there was a need to get more support from private and institutional investors, particularly with Brexit approaching and the tax reforms in the United States creating a more uncertain environment for businesses.

Separately, new figures from the not-for-profit organisation TechIreland, which uses different criteria to the IVCA’s, reveal €538 million was raised in the first half of 2018 by 80 Irish companies.

According to the data, the average funding raised was €6.7 million.

TechIreland’s data shows 50 per cent of companies that received funding in the first half of 2018 were founded within the last five years. Among the start-ups to secure funding for the first time this year were GirlCrew, Loci Orthopedics, Supply Finance, Diaceutics and Data Chemist.

The most popular sectors for funding were health (€194.8 million of all funding) and enterprise (€36.1 million).

Unsurprisingly, Dublin accounted for the lion’s share of funding with €399.2 million of all funds secured.

TechIreland’s figures differ from IVCA’s as they do not include service-based companies, multinationals that have a base locally and firms in the North. They do, however, include investment from venture funds, government grants and pitch competitions that IVCA does not track.