Taoglas, which is working on 5G and sat-nav antenna, reveals ThinkWireless deal at CES 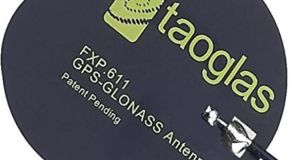 Taoglas, an Irish company which designs and makes high-tech antennae, has acquired US rival ThinkWireless for an undisclosed sum

Taoglas, an Irish company which designs and makes high-tech antennae, has acquired US rival ThinkWireless for an undisclosed sum.

The announcement was made at CES, the world’s largest consumer electronics show, in Las Vegas.

Established in 2004, the Enniscorthy-headquartered company is focused on next-generation technologies in 5G, the internet of things (IoT), and satellite navigation.

Led by directors Dermot Michael O’Shea and Ronan Quinlan, the company has facilities in Dublin, Wexford, Taiwan, the United States, Germany and China, and employs more than 300 people.

ThinkWireless is a Florida-based company that specialises in the design, development and production of combination antenna systems for commercial vehicles.

ThinkWireless founder and chief executive Dr Argy Petros and the company’s director of radio frequency technology, Pierre Wassom, are to remain with the group following the transaction.

“ThinkWireless has made a name for itself as a designer and developer of high-quality combination antenna systems with deep roots in the commercial trucking industry, where infotainment services, including good quality of service from satellite and AM/FM radio, weather band and GNSS are crucial,” said Ronan Quinlan, co-chief executive, Taoglas.

“As we continue to explore potential acquisitions to strengthen the Taoglas brand, we were struck by how similar ThinkWireless’ approach to antenna design and manufacturing is to our own commitment to excellence. This is a great acquisition for the Taoglas Group as we look to further expand into new, synergistic markets such as the commercial vehicle industry,” he added.

Recently filed accounts for Taoglas showed it posted strong increases in both turnover and operating profit in 2017, a period when it shipped 14.5 million antennae globally.

Accounts for Taoglas Group Holdings Ltd showed turnover rose by 29 per cent to €44.6 million in the year to the end of 2017. This led to a spike in costs, with its operating profit increasing by 7.7 per cent to just under €4.4 million.