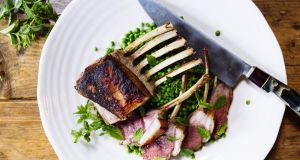 Eating in: Flipdish has positioned itself as an alternative to the big online aggregators such as Just Eat and Deliveroo, that dominate online food ordering

Flipdish, a Dublin-based online food-ordering start-up, plans to hire 60 new staff this year as it limbers for a pan-European roll-out of its service.

It will almost double the staff in Dublin with 20 new hires, as well as 40 new sales agents to sign up restaurants in counties such as France, Italy and Germany, as the business scales up after raising €7.5 million in equity funding in 2018.

Flipdish, which was founded by brothers Conor and James McCarthy, has positioned itself as an alternative to the big online aggregators such as Just Eat and Deliveroo, that dominate online food ordering.

Whereas the consumer-facing big aggregators insert themselves as middlemen between customers and takeaway restaurants, Flipdish instead has built a business-to-business “white label” online booking engine. Essentially acting as a software developer, it repackages its system for each individual restaurant’s app or website, allowing the establishment to retain control of the relationship with consumers, rather than handing it over to aggregators such as Just Eat.

Its chief executive, Conor McCarthy, who previously ran an online poker site, said it was targeting “every major country in Europe”, with the rollout dependent upon where and when it can find the best sales agents.

He set up the business about three years ago with his brother, who used to sell Christmas shirts online. It has already signed up more than 1,000 outlets since its launch, with one-third of its business coming from abroad.

In Ireland, Mr McCarthy says it already worked with about a third of the State’s takeaways, having powered apps for the likes of Bombay Pantry in Dublin, Base Wood Fired Pizza and the Musgrave brand Chipmongers. It also works with Sprout and Freshly Chopped.

“We are already in Spain, the Netherlands and the UK. We even have some outlets in the United Arab Emirates, the US and Bali,” said Mr McCarthy. “But our current focus is to become the market leader in Europe.”

Flipdish raised €2.7 million and €4.8 million in two separate funding calls last year, with backers including Elkstone Capital and Rocket Internet Capital. Mr McCarthy said the cash will be spent on improving its product, and funding the recruitment drive.

“The big aggregators take control of the customer relationship for restaurants,” he said. “Your customer becomes their customer. It’s like a retailer that has a customer who walks into their store, and telling them to go to Amazon.

“We don’t have a consumer brand. It appears under the restaurants’ brand, and the owner can log in, send newsletters to the customers, or create loyalty programmes and so on.”

He said there are no plans to raise more funding, but if the company hit a “cash bottleneck” due to rapid expansion, Flipdish was prepared to seek more equity.