Irish fintech Fineos on target to surpass €100m in revenues

Company sees 30% rise in first-half sales as employee numbers grow to over 1,000 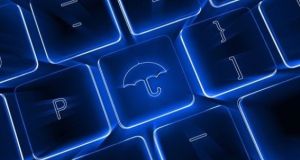 Insurance software company Fineos is forecasting a sharp rise in full-year sales this year to more than €100 million.

The fintech said turnover is expected to be in the range of €102 million and €105 million for the 12 months to the end of June, up from €87.8 million a year earlier.

The forecast came as the company announced a 30 per cent rise in first-half revenues to €52.6 million, up from €40.4 million a year earlier.

A breakdown of turnover growth shows 20.1 per cent arose from organic growth with a further 10 per cent from acquisitions.

Software revenues totalled €19.1 million with organic recurring subscription sales rising 35.1 per cent, or 51.5 per cent if the contribution of recently acquired subsidiary Limelight Health is included.

Service revenues were €34.4 million, with organic sales growth rising 15.9 per cent or 23.3 per cent with Limelight’s contribution.

Fineos acquired US company Limelight Health in a €63.6 million deal in August 2020.

Headcount at the fast-growing company rose 40 per cent last year from 741 to 1,043, the company said.

Fineos raised about €130 million when it became the first Irish-headquartered to company to float on the stock exchange in Australia in August 2019.

The latest results show the group recorded a 20.1 per cent rise in first-half gross profit to €33.8 million with a statutory after-tax loss of €5.1 million due to higher operating costs.

“Despite a challenging year for our clients and economies globally in 2020 due to the pandemic, we achieved a strong level of organic revenue growth, said Mr Kelly, the company’s chief executive.