Irish attitudes to cryptocurrencies shifting ‘from suspicion to curiosity’ 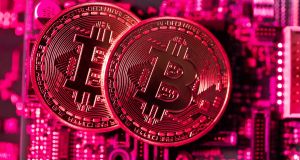 Bitcoin is the most popular cryptocurrency among 25-34 year old millennials, at 44 per cent. Photograph: Chris Ratcliffe/Bloomberg

New research obtained by The Irish Times suggests about 120,000 people in Ireland own a cryptocurrency, a 300 per cent increase in the last four years.

The study also suggests that more than 180,000 people have at some stage in recent years traded or used Bitcoin, the most popular cryptocurrency. The researchers say the results of their survey suggest sentiment among the public towards cryptocurrencies is shifting “from suspicion to curiosity”.

The joint study of attitudes was carried out by Amárach Research and communications agency Red Flag. They conducted a survey last month of a representative sample of 1,000 people over the age of 16. They say it is “the first in a series” of studies examining currency and fintech innovations.

This is reflected in the increased recognition among Irish people of the biggest such currency, Bitcoin, of 85 per cent, compared to less than half of adults in a separate Amárach study in 2014.

The survey results suggest men are only slightly better disposed towards using cryptocurrencies than women. The most favourable attitudes are to be found, unsurprisingly, among 25-34 year old millennials, who are three times as likely to own a cryptocurrency than the average person.

Bitcoin is the most popular cryptocurrency among the cohort of current users, at 44 per cent. About 30 per cent own Litecoin, with a further 27 per cent favouring Ethereum.

But while knowledge and use of such currency brands is on the rise, most people still have little or no understanding of how they actually work. About three-quarters of those surveyed had never heard of blockchain, the underlying technology used for cryptocurrencies. Of the roughly one-quarter who had heard of it, about 40 per cent said they “knew very little”.

“Cryptocurrency advocates still have a long way to go in driving higher adoption in Ireland,” said Gerard O’Neill, the chairman of Amárach. He said the upswing in interest, however, creates “ideal conditions for higher take-up”.

“This is a fast-growing sector in Ireland, particularly amongst young men,” said Deirdre Grant, managing director of Red Flag Ireland. “But, the level of understanding is still quite low, with one in eight respondents believing [cryptocurrencies] are used mainly by criminals.”

Ms Grant said this suggests the public and regulators need more information on the sector.