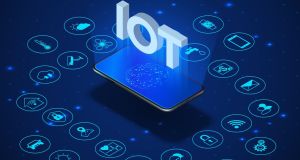 Adoption of internet of things (IoT) technologies by businesses continues to rise in the Republic, according to Vodafone.

The company said it had seen an 18 per cent year-on-year increase in adoption by users here. This follows a 35 per cent increase in 2018.

IoT is effectively an ecosystem of digital sensors, home appliances and wearable smart devices that can and interact with each other via the internet. Worldwide IoT spending is expected to reach $1.1 trillion in 2023, according to research company IDC.

Vodafone said Irish companies working in traditional manufacturing were among those embracing IoT, along with organisations in the healthcare space.

“Ireland continues to be a leader and significant test-bed for the use and adoption of IoT solutions through a growing ecosystem across multiple sectors from healthcare, agriculture to fleet and transport,” said Debbie Power, IoT country manager at Vodafone.

The telco also said that through a partnership with the UCC Assert centre and software start-up 8West, the company is currently providing IoT connectivity for the Covid-19 Remote Early Warning System (Crew). This is a system that is being trialled at Cork University Hospital, which identifies healthcare staff that may show early symptoms of the virus.