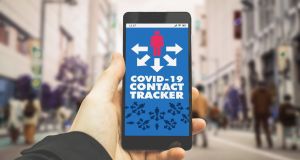 Germany’s decision to follow Switzerland and Austria in opting for a decentralised tgracking system will put pressure on other European nations to follow suit.

The German government has warned that a coronavirus app central to easing the country’s lockdown is still weeks away from being ready, after it abandoned a homegrown technology in favour of a solution supported by Google and Apple.

Angela Merkel’s administration, which had originally said a smartphone app that logged users’ daily movements would be available by mid-April, confirmed on Sunday it would no longer work with a prototype developed by dozens of European institutions.

Instead, following widespread concerns about privacy and security, the German authorities will back a breakaway technology first developed by Swiss researchers, which leaves much of the gathered data on devices operated by the US tech giants.

Google and Apple, which make the most commonly used mobile phone operating systems, recently unveiled a common standard for such apps, which would have contacts registered on individual devices, and not centrally on a server. This runs counter to the wish of some, not just in Germany but across Europe, notably in France, that data from contact tracing apps be stored centrally in order to facilitate the work of health officials.

Until Friday, the German government supported a protocol called Pan-European Privacy-Preserving Proximity Tracing, or Pepp-PT, developed by organisations including the country’s own health agency, the Robert Koch Institute.

A coalition of German start-ups called Healthy Together devoted dozens of programmers to the development of a Pepp-PT app, which it claims has been ready since the beginning of April.

But last week, hundreds of academics signed a letter warning against the use of centralised protocols, arguing they could morph into “a form of government or private sector surveillance that would catastrophically hamper trust in and acceptance of such an application by society-at-large”.

After announcing the German government’s U-turn, health minister Jens Spahn told a public television station he lamented the fact that the country would have to rely on US companies.

“We generally have a problem in Europe that we don’t have a manufacturer, at least not a significant one, of end devices and operating systems for mobile phones,” he told ARD.

“But of course it will make things easier now if we can work more closely with these two large manufacturers and developers,” he added.

“We have an extremely well-positioned digital industry in Germany,” he said.

“It is time that this is noticed by all political sides and that these experts are trusted in their own country.”

The German app would be bluetooth-based, and swap encrypted identities between people who are in close contact to each other for a prolonged period of time.

If a user becomes infected, those with whom they had interacted would be alerted.

However, in order for it to be effective, it would need to be installed by 60 per cent of the country’s inhabitants, and a survey by public broadcaster ZDF last week found that just 47 per cent of Germans would download an app, while 8 per cent said they did not even own a smartphone.

France faces similar problems. About 20 per cent of mobile users there are on iPhones, which have privacy settings that may prevent the French app from working correctly.

A perceived tie-up with US tech giants could further deter users with particular privacy concerns.

“It’s really the question of do you trust the government or do you trust Apple and Google?,” Julian Teicke, chief executive of Berlin start-up WeFox, told the Financial Times.

Mr Teicke, who helped lead the Healthy Together initiative, said the government’s move went against its commitments to strengthen Europe’s tech sector.

“It is a terrible signal for European innovation,” he added. “You have created monsters like Apple and Google without any European counterweight that could actually get involved in these discussions.”

Mr Teicke’s team will now adjust their app to make it compatible with the decentralised protocol.

Germany’s decision to follow Switzerland and Austria in opting for a decentralised system will put pressure on other European nations to follow suit, or risk a patchwork of incompatible technologies which would not be able to track infections across borders.

It remains to be seen whether France will also alter its approach. Cédric O, a French government official working on the app, told JDD newspaper over the weekend that France was still in discussions with Google and Apple.

But he signalled that France might yet decide to go its own way. “It is the mission of the government to protect French people: so it’s up to us to define health policy and the algorithm and tech architecture that will best protect data and liberty,” he said.

The French government will reveal more about its contact tracing app on Tuesday when it lays out its plan to end the country’s lockdown, starting in mid-May. It will also allow parliament to vote on the app this week, given the sensitive civil liberties issues involved. – Copyright The Financial Times Limited 2020