InsideSales.com to create 120 jobs after $50m funding round 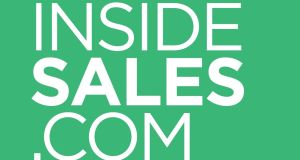 InsideSales.com is behind a so-called “sales acceleration platform” that is built on Neuralytics, a predictive and prescriptive self-learning engine

InsideSales.com, which has developed a sales tracking software platform, will create 120 jobs in Ireland over the next three years after raising $50 million (€47 million) in funding from investors, including the Ireland Strategic Investment Fund (ISIF).

InsideSales.com is behind a so-called “sales acceleration platform” that is built on Neuralytics, a predictive and prescriptive self-learning engine. The company said its long-term goal to create a worldwide centre of excellence for artificial learning and machine learning in Ireland.

“The expansion of our operations in Ireland signals the commitment we’re making both to Ireland and to expanding support for our growing international customer base. Building a research and development hub in the region will allow us to capitalise on new pools of talent,” said Martin Moran, managing director, international.

The company announced the closing of a $50 million growth equity round, led by returning investor Polaris Partners with support from Microsoft.

New investors include QuestMark Partners and the ISIF, which is managed and controlled by the National Treasury Management Agency.

“We are pleased to welcome InsideSales into Ireland’s flourishing technology community,” said ISIF director Eugene O’Callaghan, who added that the investment is aligned with the fund’s mandate.

“Key benefits to the Irish economy [are] the targeted creation of more than 120 high-quality jobs over the next three years, in addition to the collaboration between InsideSales and the Insight Centre in Ireland fostering growth of this important specialist sector.”