In Silicon Valley, burning anger against big tech is palpable 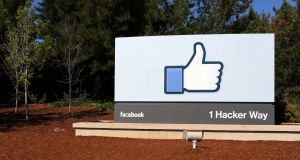 Public attitudes are changing towards Silicon Valley’s companies in ways I have never seen before.

In late November, when I was in Palo Alto for Thanksgiving with family, it felt like an old romance between the industry and the local population was declining into not just irritation but rejection. And that’s mirrored at a national as well as international scale.

I grew up in the Valley region when places such as Palo Alto and Menlo Park were hardly household names. Never would I have imagined that, decades later, Stanford would be internationally known as the phenomenal priming engine behind so many tech companies, and Palo Alto as the city where so many of them longed to be based.

For many years Palo Altoans relished being tech’s ground zero, the most highly desirable address in all the Valley. But now the presence of so many companies in the city has contributed to a slow-burning anger. Streets that were once full of busy shops – where I accompanied my mother as she purchased groceries or my new school shoes – are increasingly converted to offices for tech companies.

Recently I realised the old building where my brother and I went for childhood music lessons is now gone, replaced with … an Apple Store. A perfect metaphor for everything.

Driving down Highway 101 in the Valley region, I used to love the many tech billboards touting products and services to engineers and computer scientists. So exciting, these hallmarks for a dawning digital age that properly valued the codemakers and electrical tinkerers. Now the technical language seems excluding, symbolic of the disconnect between those who plan and build what the rest of us don’t understand, technologies that too often exploit rather than serve.

Our collective use of the internet and social media, and our realisation over time that companies haven’t found any way of funding their various services except by accessing, and/or giving others access to, our data, is changing the public view of the Valley. After Cambridge Analytica, Edward Snowden’s revelations, election and referendum meddling, troll bots and murky sources of election advertising and propaganda on fake-news sites, after leaks and hacks and discovering our data is siphoned over to barely vetted third-party “partners”, we are beginning to get the picture. And we don’t like what we’re seeing.

But, make no mistake, the codemakers are disillusioned, too. While I was in California, the New York Times published an extraordinary story indicating that many of tomorrow’s top computer scientists and engineers weren’t interested in working for the very tech companies considered – until now – the Valley’s most desirable employers.

Graduates are wary of companies such as Facebook and Twitter, say the students themselves, but also the Valley recruiting companies that aim to fill positions at such well-paying, benefits-rich companies.

“Employees are wising up to the fact that you can have a mission statement on your website, but when you’re looking at how the company creates new products or makes decisions, the correlation between the two is not so tightly aligned,” one recruiter said. That’s some shift.

Privacy is clearly at the heart of such discussions – how and why data is gathered, how and why it is then used. And as has become increasingly obvious after the implementation of the General Data Protection Regulation in the EU, which has prompted many disclosures on data use, the US – home to the vast majority of companies under scrutiny for questionable use of data – takes a very different, less protective approach to privacy than Europe.

According to history professor Margaret O’Mara of Washington University, the US approach dates from the 1960s, when US Congress opted to prioritise the flow of information and data transparency over data privacy, forgetting that such an approach allowed private companies to secretively gather and exploit data.

“In being so relentlessly focused on the government’s use and abuse of data, Congress paid little attention to what private industry was doing. American companies remained free to gather data on the people who used their products,” she wrote this week.

As she argues, a new data privacy conversation needs to be had in the US, and new data protection legislation passed. This is true for the EU, too. GDPR is indeed ground-breaking legislation, but isn’t the end of the privacy story and has worrying gaps, such as effective protection for sensitive DNA data.

Without laws and regulation, private companies will continue to take what they can get of our personal data to drive their revenue streams. That’s not only going to create further problems and ever-greater alienation between the tech industry, its employees and the general public, but – as we now know – that data grab and lack of accountability threatens public institutions and even the survival of democracy.