Many of Europe’s artificial intelligence start-ups have no AI 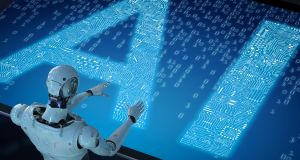 Almost 8 per cent of European start-ups founded last year were AI companies, compared with about 3 per cent in 2015

Two-fifths of Europe’s artificial intelligence start-ups do not use any AI programmes in their products, according to a report that highlights the hype around the technology.

The research by London-based investment firm MMC Ventures could not find any evidence, based on public information and interviews with executives, of artificial intelligence applications at 40 per cent of 2,830 AI start-ups in Europe.

Nevertheless, the companies are often described as AI-focused, said David Kelnar, MMC’s head of research, who added that many start-ups had plans to develop machine-learning programs, an application of AI that sees computers automatically learn and improve from experience, in the future.

Skyscape, for example, a London-based start-up that analyses rooftops to find disused space for drone landings, urban farms and other projects, does not currently use machine learning or artificial intelligence, but is classified as an AI start-up.

“Our work today is increasing our data and knowledge to allow the implementation of AI,” said Brandon Bell, chief executive and founder. “It’s not as easy as just switching on AI, a lot of preparation work is required.”

Companies branded as AI businesses have historically raised larger funding rounds and secured higher valuations than other software businesses. The median funding round for an AI start-up last year was about 15 per cent higher than for a software start-up, the research showed.

“A lot of venture capital groups in Europe are responsive to companies that are interested in raising money [FOR AI],” Mr Kelnar said.

The term “artificial intelligence” has been applied to a variety of technologies, from simple computer programs that automate tasks to more complex neural networks, which are systems for processing data, and machine learning algorithms. The widespread use of the term has made it difficult for venture capital investors to distinguish between actual and purported AI businesses.

“There are different levels of sophistication when it comes to building these algorithms and many hype up the claims of what they’re actually building,” said Ophelia Brown, a partner at Blossom Capital. “It’s the responsibility of the investor to do due diligence on the company but a lot of firms are not able to do it.”

Politicians have contributed to enthusiasm for companies that work in “AI” by touting artificial intelligence success stories and ringfencing funds for the sector. European countries have become particularly well-known for nurturing AI businesses and seen an explosion of start-ups targeting health, finance and the media.

Almost 8 per cent of European start-ups founded last year were AI companies, compared with about 3 per cent in 2015, MMC’s research showed, with the UK taking the lead. The UK has been home to some of the most high-profile AI businesses, which have been bought by foreign buyers, such as Google’s DeepMind, Microsoft’s SwiftKey and Twitter’s Magic Pony.

However, investors said the industry would have to cut through a growing frenzy around the sector. “Getting stuck in buzzwords is never a good thing,” said Simon Cook, chief executive of Dublin and London-listed VC firm, Draper Esprit. “AI has become a catch-all phrase that’s often used flippantly.”