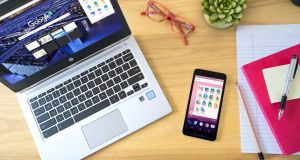 Google has announced plans to develop what it is calling a privacy sandbox or set of open standards that the search-engine giant claims will fundamentally enhance privacy on the web. “Our goal is to create a set of standards that is more consistent with users’ expectations of privacy,” said Justin Schuh, director of engineering for Google’s Chrome browser.

Schuh acknowledged that what started out as technology designed to target relevant advertisers to users was now being used “far beyond its original design intent”. He went on to add that blocking cookies is just as dangerous for the end user because some developers substitute this with fingerprinting, a practice that also identifies users but cannot be cleared the way cookies can.

He said blocking cookies was also bad for business on the web: “[It] significantly reduces publishers’ primary means of funding, which jeopardises the future of the vibrant web”. Google’s plans, Schuh said, will involve new approaches that promise to deliver relevant ads for businesses while protecting user privacy with practices including keeping more user information on-device only and anonymously aggregating user information before sharing it with websites and advertisers.