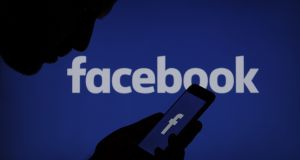 Have you ever felt that Facebook is watching your every move online - even when you aren’t logged in to the social media platform? That’s not too far from the truth; the company uses data gathered by third party websites and apps using Facebook tools to create a more complete profile of your online activity for advertising purposes. If you have a Facebook profile, that data can become linked to it, meaning the social media giant has some powerful advertising tools at its disposal.

But all that is set to change with a new tool, Off-Facebook Activity, that allows you to wipe that third party data from your profile.

The social network has added a new tool that will allow users to see what data is being shared by third party websites with Facebook, and more importantly, unlink it from your account. That means the “quirky” pair of shoes you once toyed with buying on a website will no longer pop up as an ad on Facebook, nor will you be offered similar products repeatedly.

The upshot for Facebook is that it won’t have the same glut of information at its disposal with which to target ads.

Facebook says it wants to increase transparency for its users. The more cynical among us could speculate that the privacy scandals of the past few years have taken its toll on users and the network is trying to win back a bit of trust because without users, the advertising dollars will soon vanish too.

In saying that, if everyone starts using this tool, Facebook could find it loses out on a bit of money as the data it holds on its users is less comprehensive than it was before.

Unless you are in the Republic of Ireland, South Korea or Spain, not a lot. The company said it would test the new feature in these three countries before rolling it out to the wider user base gradually.

For those who do have it, it means you can see what sites and apps are sharing data with Facebook, and you can unlink it from your account. You can also stop Facebook from linking any of this data to your account in the future.

There’s always a catch. You aren’t deleting the data as such. Just because you unlink the data from your account, it doesn’t mean Facebook is deleting the information. That’s the loophole. The company will still have the data, it just won’t be associated with your particular account.

The option to view and block this data will appear in the Facebook app under Settings>Your Facebook Information. Select Off-Facebook Activity, and you will see a list of sites and apps that have shared data on you with Facebook in the past, plus the option to block it all.

How was this information collated in the first place?

The data comes from a number of different sources. All the times you log in to third party sites with Facebook, for example, visit websites that have a “like” button, data was being gathered on your visit. There are also small bits of code embedded in sites (including this one) that track audiences and gather various bits of data even when you aren’t logged into Facebook. That could then be linked to your profile via device identifiers - for example, your phone or laptop.

What will happen to this data going forward?

Facebook will still have the data, but you can choose not to allow it to be assoicated with your profile. That can be a blanket ban for all websites, or you can choose to allow a select few websites to feed back information to Facebook.

Will this data still be collected?

Yes. As previously mentioned, the data will still be pouring into Facebook; it just won’t be linked to your particular account.

Facebook is a free product, although we use that description loosely. You pay for it in other ways, chiefly by handing over your data to the company. And although you can restrict what they can do with that data, advertising is part and parcel of the platform these days. The advertising will not be quite as targetted before, but you will still see ads. Unless you download a few adblockers for your browser or device. That should keep at least some of them away.

How do I stop Facebook and other companies collecting my data?

You can limit the amount of information that companies can glean from your online activity for advertising purposes by installing a few extras. First, tracker blockers such as Ghostery will strip out some of the most common ad trackers, including Facebook Pixel, Google’s AdSense trackers and DoubleClick advertising tools. They can be added to existing browsers such as Chrome. Mozilla’s Firefox also has the option to turn tracking off and block ads.

But if you fancy a complete change, Chromium-based browser Brave blocks ads and trackers out of the box. It doesn’t collect any data that might identify its users, save your browsing history or scoop up your IP address.

1 Wet pub openings fuelled big rise in Irish Covid infection rates
2 ‘I don’t need to do any of this. . .I don’t actually need to work.’
3 Basic income for all: Has the Covid crisis given us a new economic model?
4 Economies may enjoy ‘roaring twenties’ if ministers learn lessons
5 Direct sea routes to Europe offer certainty in choppy Brexit waters
Real news has value SUBSCRIBE