US grants Huawei another 90 days to buy from US suppliers 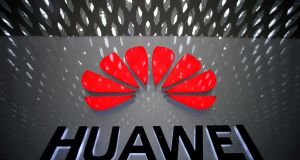 A decision is pending on whether or not the US commerce department will extend a temporary general licence for companies to do business with Huawei for 90 days. Photograph: Aly Song/Reuters

US Commerce Secretary Wilbur Ross said on Monday the US government will extend a reprieve given to Huawei Technologies that permits the Chinese firm to buy supplies from US companies so that it can service existing customers, even as nearly 50 of its units were being added to a US economic blacklist.

The department said in a statement the 90-day extension “is intended to afford consumers across America the necessary time to transition away from Huawei equipment, given the persistent national security and foreign policy threat.” “As we continue to urge consumers to transition away from Huawei’s products, we recognize that more time is necessary to prevent any disruption,” Mr Ross said in a statement.

He also said he was adding 46 Huawei affiliates to the so-called “Entity List” - a list of companies effectively banned from doing businesses with US customers - raising the total number to more than 100 Huawei entities that are covered by the restrictions. The list includes Huawei affiliates in Argentina, Australia, Belarus, China, Costa Rica, France, India, Italy, Mexico and numerous other countries.

Mr Ross said the extension was to aid U.S. customers, many of which operate networks in rural America. “We’re giving them a little more time to wean themselves off,” Mr Ross told Fox Business Network earlier. Shortly after blacklisting the company in May, the Commerce Department initially allowed

Huawei to purchase some American-made goods in a move aimed at minimizing disruption for its customers. Huawei did not immediately comment on Monday. The extension, through November 18th, renews an agreement continuing the Chinese company’s ability to maintain existing telecommunications networks and provide software updates to Huawei handsets. The Commerce Department said on Monday it is now requiring the exporter, re-exporter, or transferor to obtain a certification statement from any Huawei entity prior to using the temporary general license. Asked what will happen in November to US companies, Mr Ross said: “Everybody has had plenty of notice of it, there have been plenty of discussions with the president.”

When the Commerce Department blocked Huawei from buying US goods earlier this year, it was seen as a major escalation in the Sino-UStrade war. The US government blacklisted Huawei, alleging the Chinese company is involved in activities contrary to national security or foreign policy interests. As an example, the blacklisting order cited a pending federal criminal case concerning allegations Huawei violated US sanctions against Iran. - Reuters