Google to phase out most invasive internet tracking 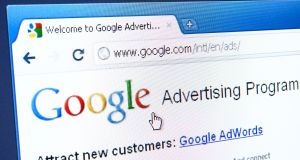 Google sounded the death knell for the most invasive internet trackers on Tuesday as it said its Chrome browser would phase out the use of cross-website cookies, which have underpinned digital advertising for 25 years.

Following recent bans introduced by Apple, Microsoft and Mozilla, Google said it would also aim to make “obsolete” so-called third-party cookies that follow internet users from site to site, sometimes tracing their browsing for months at a time.

The changes to Chrome, which launched just over a decade ago but now dominates the desktop browser market, will restrict the flow of data to ad agencies and brokers - a trend digital marketers refer to as “the cookie apocalypse”.

But like many of the privacy-friendly reforms being introduced in the US and Europe, the move may further strengthen Google and other big gatekeepers of the internet, such as Amazon and Facebook, which have amassed vast amounts of internal data about their users that will become increasingly valuable.

In a blog post on Tuesday, Google said it hoped to develop alternative tools to “sustain an ad-supported web” in a way that would “render third-party cookies obsolete” within two years.

Such alternatives could make Chrome an even more important intermediary, holding information on users that it would selectively share with agencies that want to target and measure advertising.

Lukasz Olejnik, a research associate at the Centre for Technology and Global Affairs at Oxford university, said the cookie phase out would “severely” curb the ability of companies to extract “private and sensitive insights” about web users.

Websites will still be able to tag individuals with “first-party cookies” to record their behaviour. But third parties will not be able to place their cookies on sites to profile users as they move across the web.

The change comes as Ireland’s data protection authority investigates Google’s online advertising exchange, known as Authorized Buyers, which sits at the centre of the bidding process for online ads. Following complaints from Brave, a browser, the regulator is looking into whether Google’s online advertising exchange illegally taps into sensitive personal information about internet users.

By making consent a more important factor in the transfers of personal data on the web, the changes could also help online publishers and media businesses, whose ad sales have suffered because their readers can be traced and targeted easily on other websites.

While the ad industry has been preparing for the demise of the third-party cookie, the phase-out will be disruptive, hitting the concept of an open web for online advertising that has dominated the market since the invention of the cookie in 1994. It will require changes across the entire supply chain of digital advertising.

Google has been gearing up to tighten its privacy rules for some time and aims to phase out third-party cookies within two years. In August it launched a “privacy sandbox” to develop tools to work around the need for cookies. Last month it announced other changes to Chrome that limited the use of certain types of third-party cookie.

In his blog post Justin Schuh, the director of engineering at Chrome, made a veiled reference to Apple’s ban on cookies, suggesting “blunt” techniques had prompted the use of other tracking techniques that “reduce privacy and control”. – Copyright The Financial Times Limited 2020

1 Opioid executive admits to ‘no morals’ ahead of prison term
2 Are there annual limits on inheritances or gifts to a child?
3 Who are Ireland’s 17 billionaires?
4 Ryanair wants Irish courts to block Skyscanner from selling its flights
5 EU banking watchdog describes rejection of Cross nomination as ‘unfortunate’
Real news has value SUBSCRIBE