Office space take up likely to be similar to 2019, estate agent says 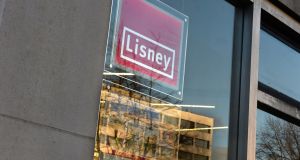 Property prices will grow marginally in Dublin this year while rents are unlikely to rise beyond 4 per cent, the boss of one of the capital’s largest estate agents has said.

Lisney chief executive Duncan Lyster told The Irish Times he expects residential property price growth to be “slightly positive” while rent prices are unlikely to exceed the rent pressure zone cap set by Government. He added that rents had hit a price ceiling.

Mr Lyster was speaking after estate agent Lisney outlined its outlook for the coming year. Lisney flagged that uncertainty stemming from potential global shocks could trouble the Republic’s market after seven positive years.

“At a macro level, the political stage is set for much change domestically, in the UK and the US. Each of these will have an influence on how property will perform in 2020 and beyond,” Mr Lyster said.

In residential, increased enquiries from UK-based buyers will continue into this year for properties in the upper end of the market. These enquiries were put on hold in 2019 over Brexit uncertainty, Lisney said.

In commercial, office space take up this year is on track to be similar to 2019, estimated at 250,000sq m. In line with previous years, occupiers from the tech industry continue to dominate the market, taking half of all accommodation in 2019. They are likely to be “strong players” again this year, Lisney said, cautioning that over-valuations of second-tier tech companies could pose a risk to demand, given the dependency of the Dublin market on these occupiers.

The coming year is also likely to see an increase in the stock of student accommodation, according to Lisney.

In 2019, 1,700 beds were added to the stock, all of which were in Dublin. The outlook for 2020 remains positive, the estate agent said, with more than 5,800 beds being built across Dublin, Cork, Galway and Kildare. Additionally, there are a further 10,180 bed spaces either with planning permission or in the planning system that have yet to commence.

Aoife Brennan, Lisney’s research director, said the investment sector had a particularly strong year, reaching its highest turnover levels on record of about €4.7 billion, not including the sale of Green Reit during the year. And although this isn’t expected to happen again, a “strong level of sales” is expected.