Tax payment relates to both Google Italy and Google Ireland 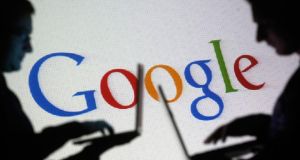 Alphabet has been accused in Italy and other countries of avoiding taxes by booking income earned in higher-taxing European markets through a unit based in Ireland. Photograph: Reuters

Alphabet’s Google has agreed to pay €306 million to settle a tax dispute with Italy, the company and the country’s tax authority said on Thursday.

Last year, Italian tax police alleged that Google had not paid tax on about €1 billion of Italian revenue between 2009 and 2013.

In a separate statement on Thursday the Italian tax office said the amount of more than €306 million which Google would pay was referenced to both Google Italy and Google Ireland units.

“In addition to the taxes already paid in Italy during those years, Google will pay another €306 million,” a spokeswoman for the US company said in an email.

Both Google and the Italian tax office said the agreement covered the years between 2002 and 2015.

Alphabet has been accused in Italy and other countries of avoiding taxes by booking income earned in higher-taxing European markets through a unit based in low-tax Ireland.

The US company has previously said it complied with tax rules in every country it worked.

“With Google a process will be kicked off to come up with preventive agreements for correct taxation in Italy in the future for operations that regard our country,” the tax office said. – (Reuters)